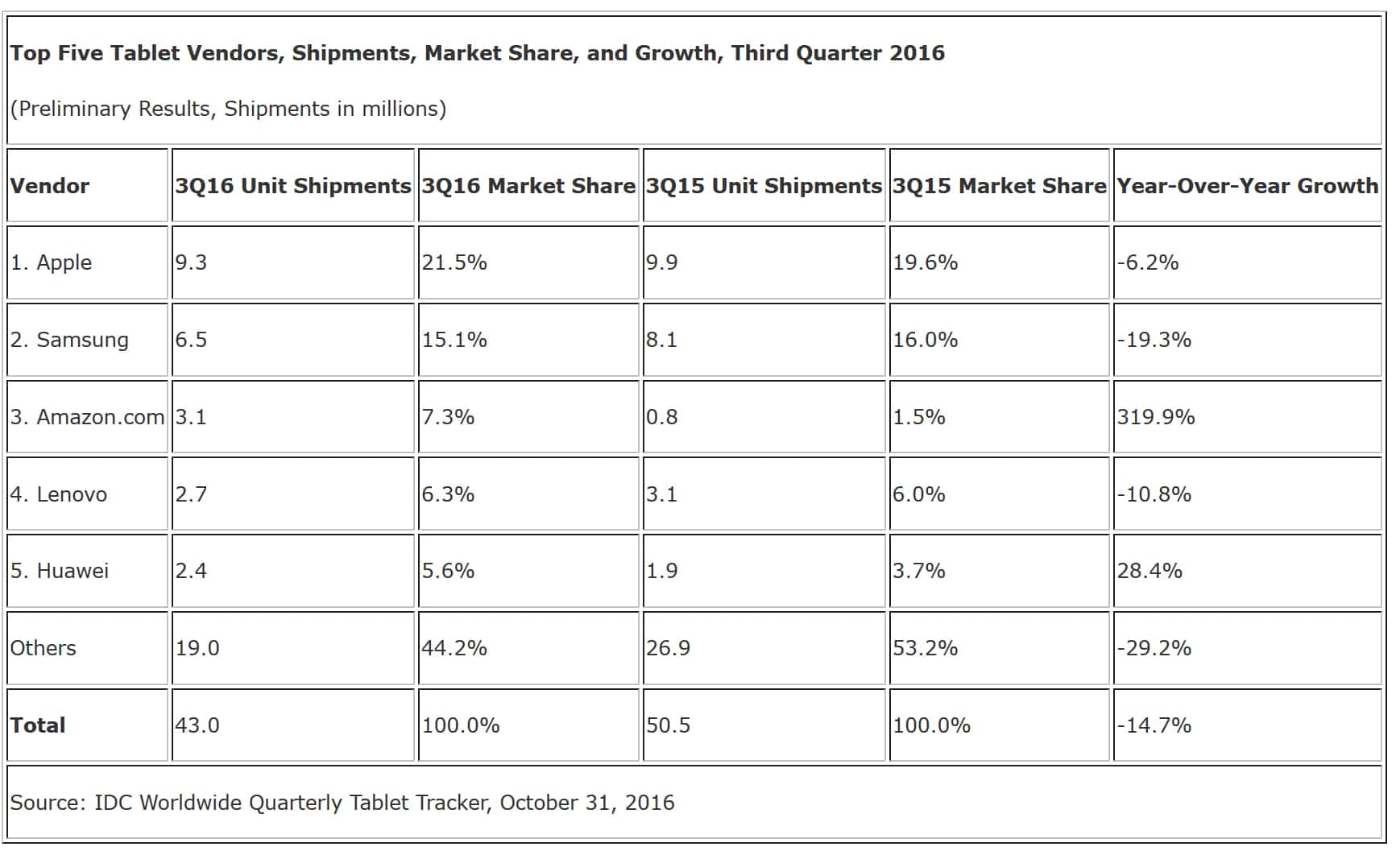 Amazon is quickly becoming a force to be reckoned with in the global tablet market. Over the course of this last year Fire tablet sales have increased by over 319.9%. This is primarily due to its Amazon Prime Day sale in early July that led to a huge surge in shipments of its Fire tablets.

The new Fire HD 8 released in late September will likely perform well in the holiday quarter as it follows Amazon’s strategy of selling low-cost tablets as a gateway and companion to its ecosystem. It is important to note that Amazon’s unprecedented growth is partially attributed to the fact that IDC did not include the 6-inch tablets offered by Amazon in 3Q15.

IDC estimates tablet shipments dropped to an estimated 43 million units in the 3rd quarter, marking a 14.7% year-over-year decline. Apple led all vendors with 21.5% market share, up slightly from 19.6% in the year-ago quarter, while Samsung trailed in second with an estimated 6.5 million shipments and 15.1% market share. Amazon was in 3rd place with 3.1 million tablets sold, which is great considering they were not even a major player one year ago.