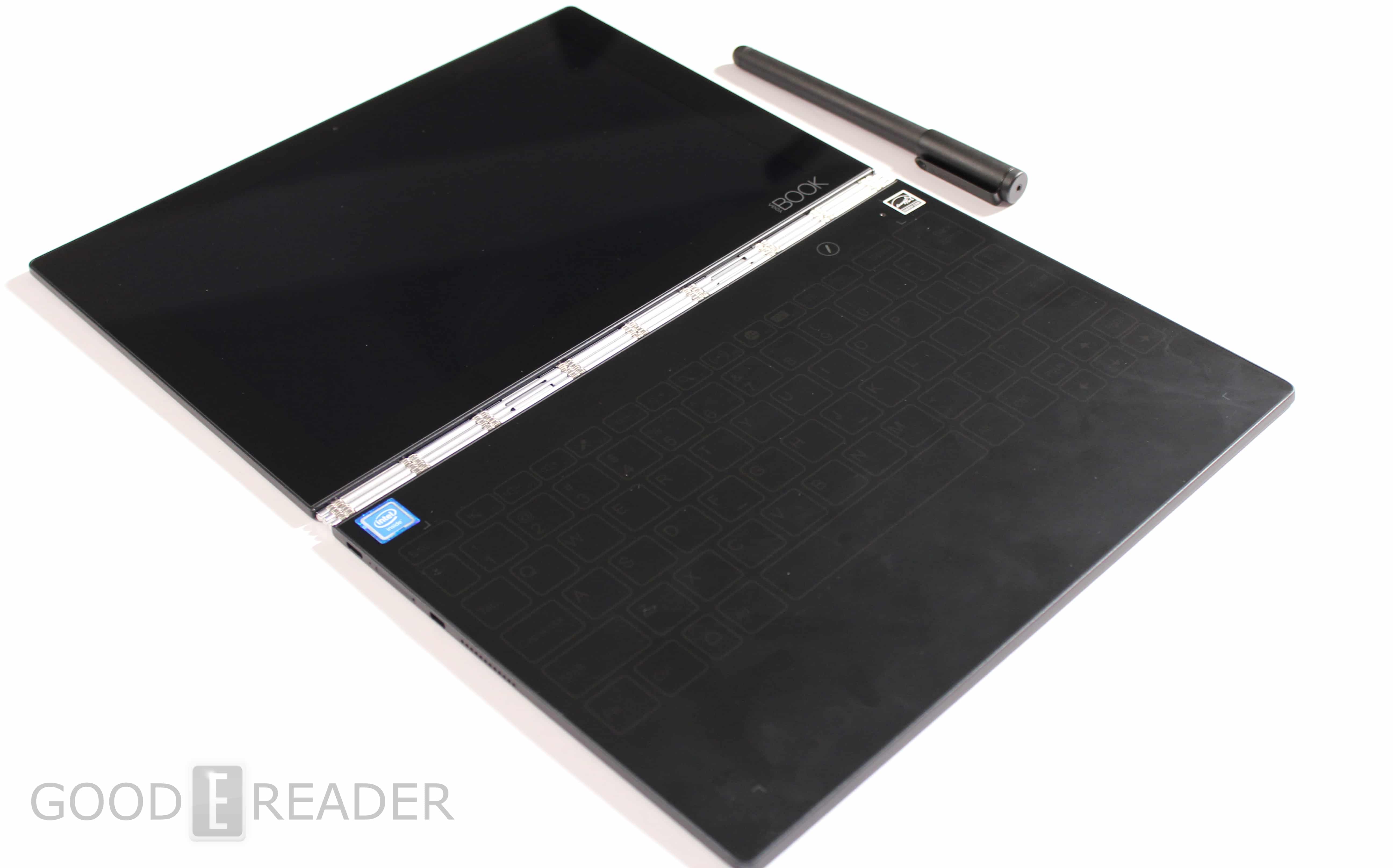 Lenovo has just released a brand new tablet that is tremendously innovate and unlike anything else. The tablet and capacitive keyboard are on a hinge and can be flipped around 360 degrees so you can use it like a tablet. The thing that impressed me the most was the magnetic notepad that allows you to remove the nib on the stylus and inject ink. You can attach the notepad to the keyboard and whatever you write on the pad will automatically be transcribed on the screen via a dedicated app. This will allow you to handwrite your own notes or to draw, which is tremendously useful for students or artists.

The sound quality is really good on this device because it has Dolby Atmos technology. When you pump the speakers to the max, it really lights up an entire room with crystal clear sound. I was also very impressed with the IPS screen for video quality.

Lenovo is taking big risks with the Yoga Book. It has basically ditched the physical keyboard for a touch-sensitive surface that does double duty as a keyboard and digital sketchpad. You cannot remove the tablet from the keyboard because it is hinged, so it is not a true two-in-one. It is also running Android 6.01, but Lenovo does offer a Windows 10 version of this device.

Speaking of the keyboard, Lenovo is calling it Halo, which opens the door to a multitude of new opportunities. Lenovo has integrated the keyboard into an entirely flat surface, illuminating when in use, and even providing variable audible and haptic feedback to assist typing. It also has a trackpad on the very bottom, which helps you navigate around the Android interface, without needing to interact with the touchscreen. 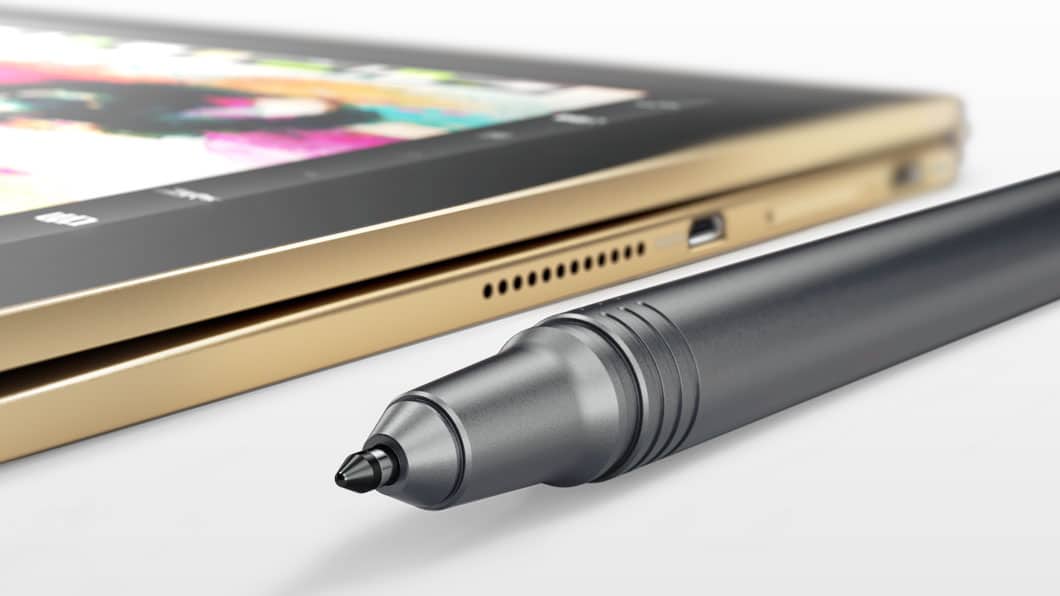 The big selling point behind this tablet is the note taking functionality. The stylus worked flawlessly, with drawn and written input appearing on screen in real time. The Wacom layer does a great job of ignoring anything that’s not the pen, be it a wrist or a finger that’s attempting to write something. That’s good news, and finger-input is easily made direct to the screen. The stylus also does not need charging, which is a boon. 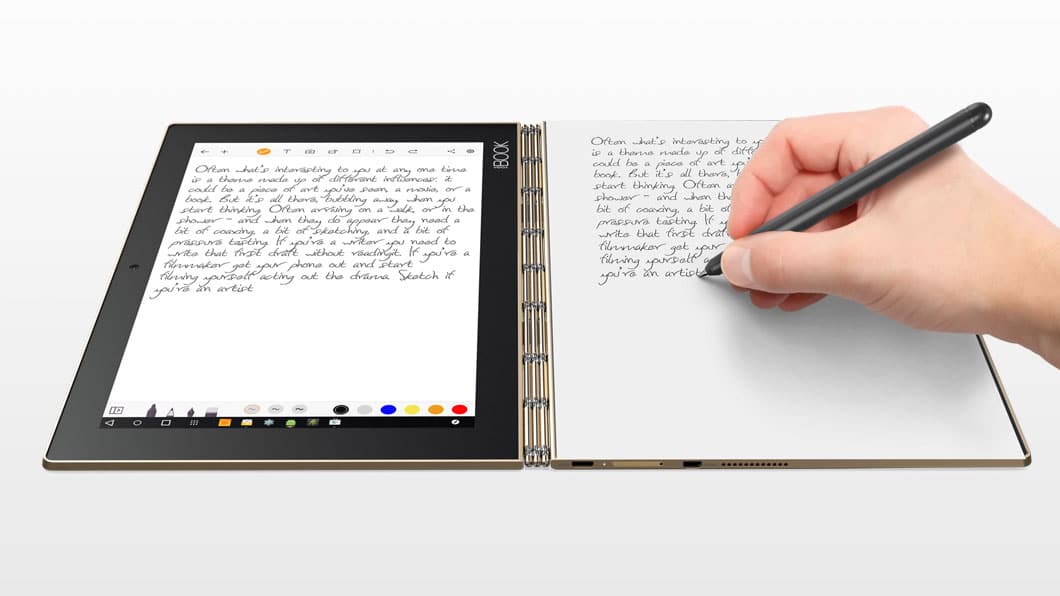 You can not only draw on the screen with the stylus, but you can draw on the capacitive keyboard or the magnetic notepad. The stylus on it’s own provides a ton of functionality, but the real magic is when you remove the nib of the stylus and use one of the four pen nibs that ship with the tablet. Once you attach the magnetic notepad onto the keyboard you can draw and make notes and actually see what you are writing.   This is useful if you want to draw a picture using PhotoShop, ArtRage or the default Lenovo app, but you can also handwrite notes.

I really dig this tablet. It has an HDMI port so you can show people your drawings or play games on the big screen. It has enough hardware specs that you can basically play any Android title and you will get a fluid experience.

I would recommend the Yoga Book to people who sit around at a desk all day or students who spend hours in a classroom. The note taking experience is not really indicative of being mobile, say at a job site.

Checkout our unboxing and review video to see this tablet in auction! You will get a sense of all of the hardware specs and the note taking functionality. We also load on a number of e-reading, comic and manga apps.