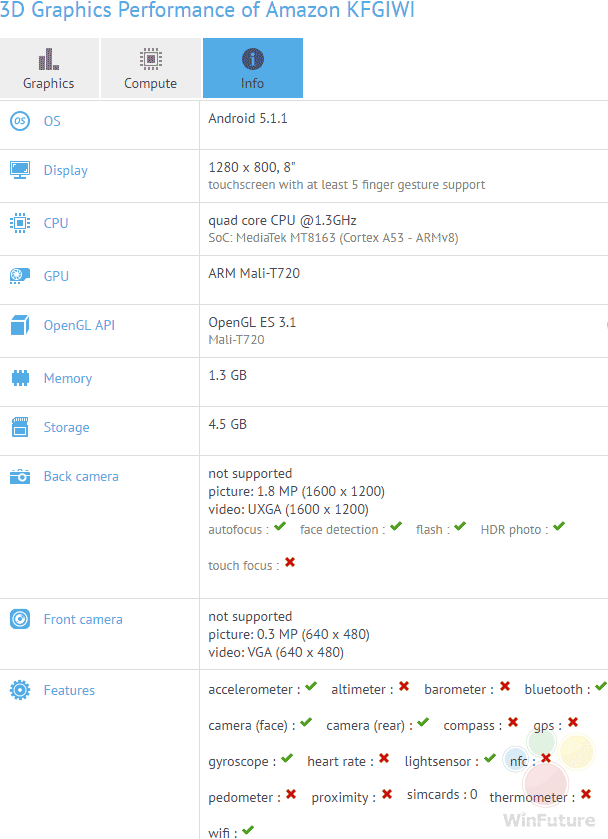 Amazon is currently developing a new Fire 8 tablet and the Seattle company has just ran a series of benchmarks that give us a sense on what this device is all about.

This new tablet features an 8 inch touchscreen with a resolution of 1280×800. Underneath the hood is a quad-core 1.3 GHZ processor, 1 GB of RAM, 4 GB of internal storage and WIFI.

There is no estimated date in which this device will ship, but it will likely retail for around $99, since the specs are worse than the Fire 8 HD that was released last year.