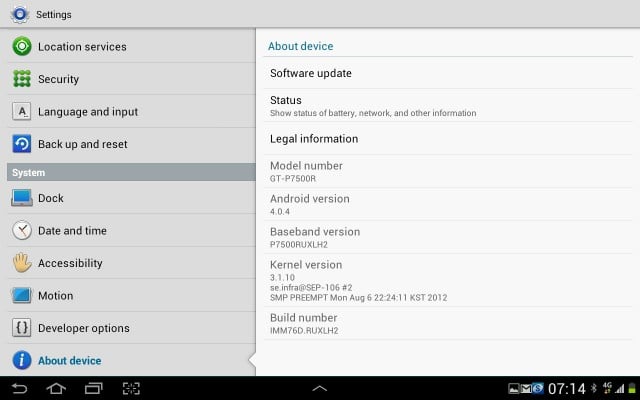 The long awaited update that would see the Samsung Galaxy Tab 10.1 pushed up to the ranks of Android 4.0.4 Ice Cream Sandwitch from the current Android 2.3 in Canada is now finally here. Carriers Telus, Bell, and Rogers have been on the update for quite some time and are now reaching out to the consumers. So if you haven’t received the official invitation just yet, you do it the usual manual way by hitting menu > settings > about tablet and check for updates.

Of course it’s Android Jelly Bean that we would like to have on the tablet, though the Android ICS update brings us a step closer to that.