You are here: Home / Tablet PC News / Android Tablets Finally Seem to Be Catching Up to iPad 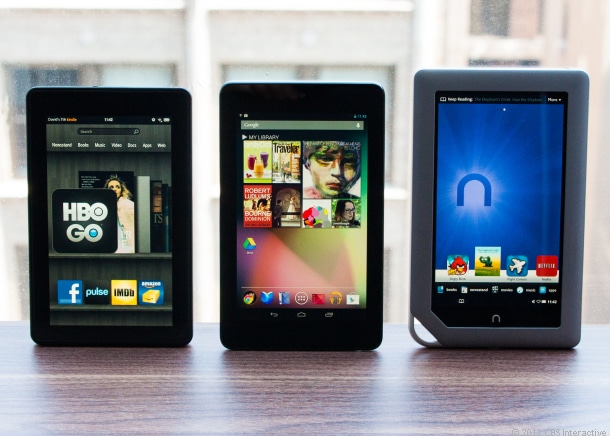 The one tablet device we get to hear about the most is no doubt the iPad and it always has some solid sales figures to back that up. However, a recent revelation has thrown open an interesting perspective to the entire tablet numbers game. While the iPad is still the tablet device to beat, the cumulative Android tablet sales has increased significantly in recent times, and now they account for almost 40% of the iPad sales numbers.

All of it stems from a statement made by Google’s ex-CEO and current chairman, Eric Schmidt, at a recently concluded Motorola press event wherein he stated that about 1.3 million Android devices are activated every day, and nearly 70,000 account for tablet PCs.

Ed Burnette from ZDNet used the figure and some mathematical skills to come to the conclusion that Android tablet sales are closing the gap against the iPad, so that the former now makes up for 37.2 percent of the daily iPad sales. The actual figure will be higher than that since it excludes tablet devices such as the Kindle Fire or the Nook Tablet, both of which run Android but avoid Google apps and the Android activation number only includes those devices that actually use a Google account for their apps. The iPad figures have been drawn from the tablet’s last quarter sales figure of 17 million, which boils down to 188,888 iPad sold on each day of the last quarter.

The conclusion is clear, Android is gaining in popularity and it can be attributed to its latest iteration, the Jelly Bean, and its  smooth operations. Also, Jelly Bean couldn’t have had a better launch device than the Nexus 7, which boasts of extremely affordable prices while still sporting hi-tech internals. There are more such devices coming along in the 7 inch segment, while the Kindle Fire is expected to rake in some serious sales figures as well. Pity there aren’t exact sales figures for two of the biggest selling Android tablets: the Nexus 7 or Kindle Fire.