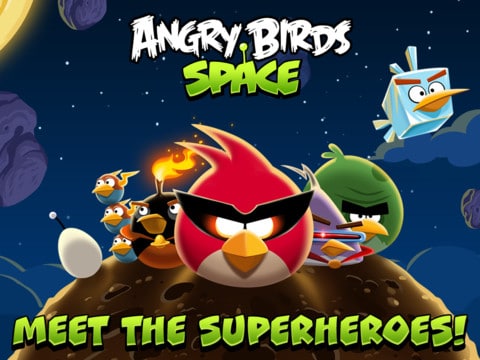 Rovio has announced that its latest iteration of their Angry Birds franchise has hit an unparalleled number of downloads. It seems that Angry Birds Space has set a new record as the most downloaded mobile game of all time. It has reached over 50 million downloads since it was released last month.

Many people who have stuck with our fowl weather friends since the first version of Angry Birds was released thought the franchise might be dwindling in popularity. Seldom do games that have been around for a number of years retain a ravenous following and gamers are often fickle creatures. There is no denying that Angry Birds Space sets a new benchmark in casual games that employ a new breed of physics. Fifty million downloads in only thirty days certainly shows there is no shortage of people addicted to our favorite birds.

One of the ways it manages to capture continued popularity is the sheer amount of platforms that Rovio publishes for. You can play it on Facebook, your smart phone, or on the Playbook, iPad, and Android tablets. No matter what type of mobile device you have, there is plenty of action. This allows people who have the Kindle Fire, Nook Tablet, and other e-readers to take a break from their books and have a little bit of fun.

If you have an Android Device that is not able to access the official Google Play Market, you can download it from our own Good e-Reader App Store HERE.