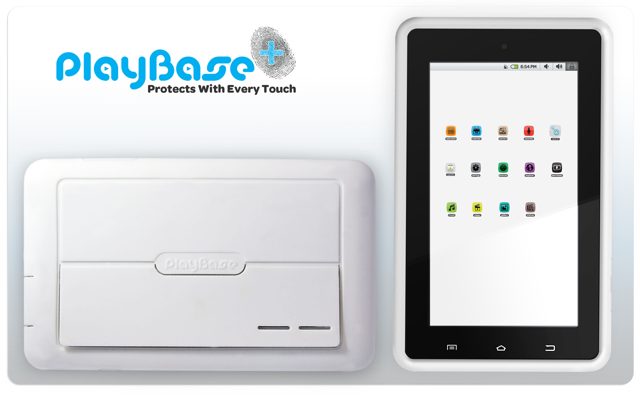 In a world of tablet “me too’s,” the Singapore based company Karuma has struck a different tune by coming up with a tablet that they claim to be anti bacterial. Well, that’s not a bad way to stand out of the crowd, more so when the tablet in question is targeted at the kids community.

So while tablets for children can be considered a natural progression for this very popular gadget, to have in place a device that also takes care of their health is definitely a big plus. Named PlayBase+, the tablet has a screen that is easy to clean and is therefore forgiving of dirty fingers. A silver seal placed on the screen helps stunt bacterial growth.

The hardware specs of the tablet remain close to the PlayBase. It’s powered by a1.2 GHz single core chip, and internal storage stands at 8 GB, along with a gig of RAM. The screen size is 7 inches and based on multi-touch technology. It also has a front facing camera of 0.3 megapixel. It has Wi-Fi for connectivity, while the pre-loaded NetNanny will ensure the kids only view content that is right for them. The operating system is Android 2.3 Gingerbread and the battery pack has the capability to sustain things for 5 hours. The battery lasts 60 hours in standby mode. It also has a microSD card slot to allow for more storage and packs in stereo speakers for entertainment.