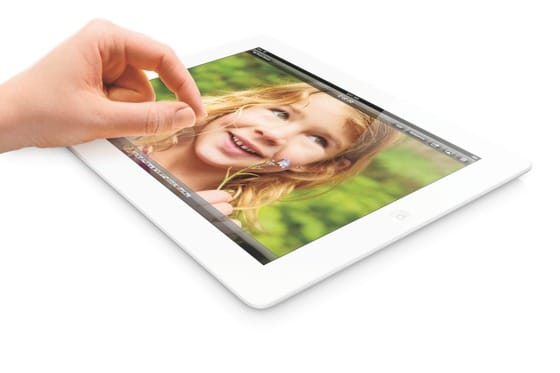 At the Apple event today, the company has just revealed the 4th generation model! The company representative said that “It’s a whole new machine with an A6X processor. We are so far ahead of the competition I can’t even see them in the rear-view mirror.”

The new device has doubled the CPU and graphics performance and brings the Facetime camera to over 720 p in resolution. It also has 802.11a/b/g/n dual-band WiFi, and there’s a Lightning connector. For the photography fiends, there are new camera connectors, as well as USB, HDMI, and VGA adapters.