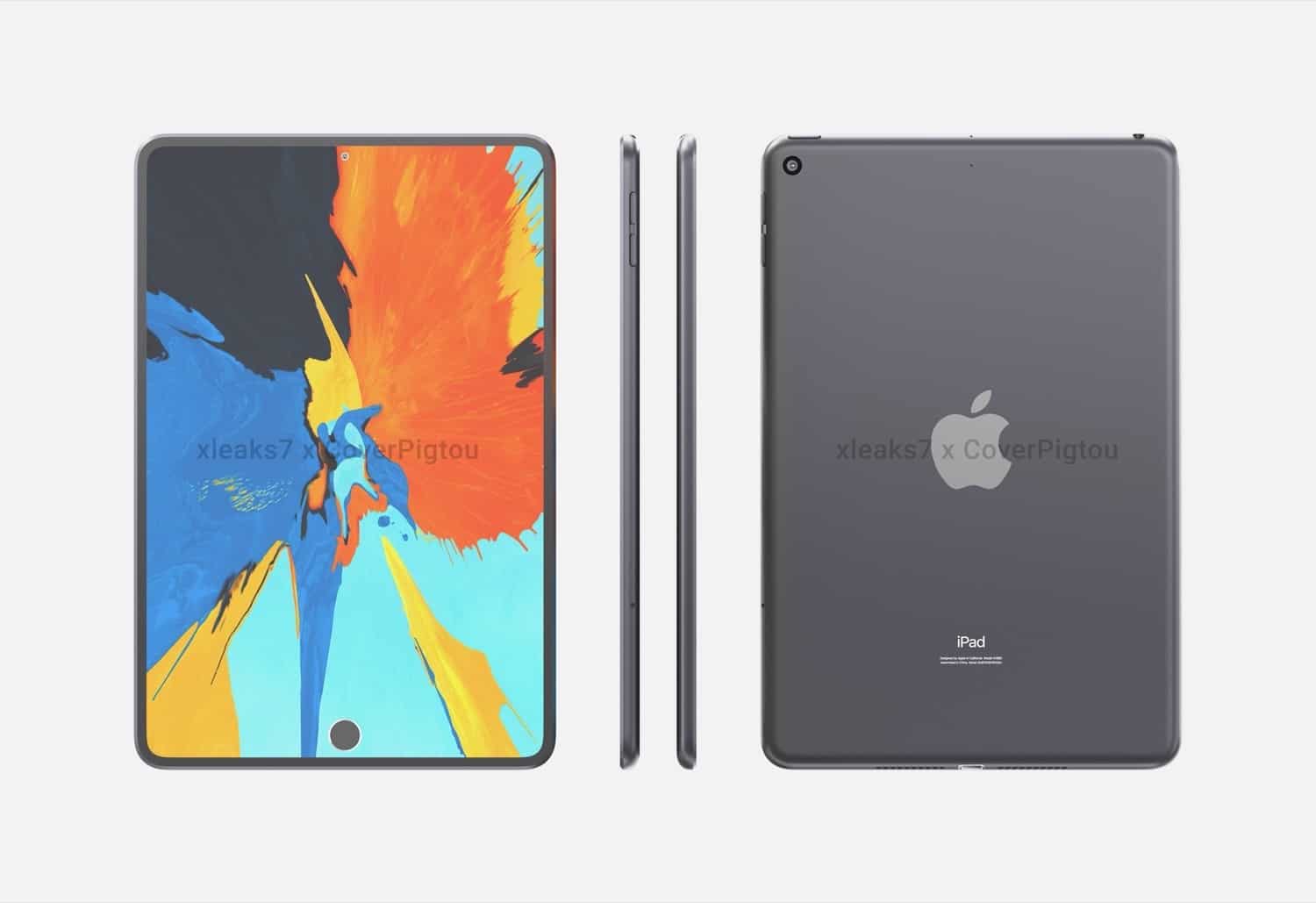 It has been a while that Apple has launched the iPad Mini, which means a follow-up model to the same is due anytime now. Specifically, the 5th gen iPad Mini was launched in March 2019, and a 6th gen Mini variant of the tablet is being rumored since 2020.

Now, adding fuel to wild speculations, leakers Pigtou and @xleaks7 have come up with renders of what is being referred to as the iPad Mini 6. The renders again are based on CAD representations of the Apple Mini tablet, which further adds weight to the legitimacy of the rendered images.

According to what the pair have revealed, the iPad Mini in its 6th generation will come with some far-reaching design changes. That includes a punch-hole display for the front-facing cam, which, if true, will be the first for any Apple device so far.

Traditionally, Apple started the notch trend but has stuck to the same even though others moved on to adopt other design cues, the latest being waterdrop notch and hole punch displays to even under-display front cam for an uninterrupted front display. In that sense, it is going to be mighty interesting to see an Apple product incorporating the hole-punch design.

Further, the upcoming iPad Mini is expected to come with a 9.15-inch display, which would be the biggest for the Mini tablet variant. It had started out with a more modest 7.9-inch display for the first-gen version. In fact, at 9.15-inch, the Mini would be almost in the iPad territory that famously came with a 9.7-inch display initially.

That said, the new iPad Mini won’t sport the same dimensions as a full-fledged iPad thanks to razor-thin bezels, which would be absorbing much of the increase in the display size. According to the leaker pair, the iPad Mini would measure 203.2 x 134.8 mm while having a depth of 6.25 mm.

Another significant change expected in the new iPad Mini is the incorporation of an under-screen fingerprint sensor, which would be another first on an Apple product. However, it is unclear how Apple is going to do that and whether it plans to offer an OLED panel on the tablet device. Alternately, it might want to place the biometric scanner within the power button, as it is with the latest iPad Air 4.

However, just in case the above seems a bit too far-fetched, both Pigtou and @xleaks7 have been pretty much accurate with their past revelations. The Galaxy S21 and the iPhone 12 are the latest examples of that.

Meanwhile, other rumors associated with the upcoming iPad Mini include the adoption of the A14 Bionic chip. Also, the tablet could be made compatible with Apple Pencil while incorporating the USB Type-C port as well.

All of this undoubtedly satiates our desire for the iPad Mini to appear though unfortunately, there is no launch window known as of now.