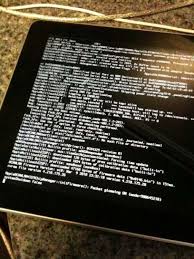 As per the latest tablet PC news, Apple has come out with a software upgrade that covers most of their iDevices, including the iPad. The upgrade has been named the iOS 4.0.2 software update and is actually comprised of two versions: 4.0.2 and 3.2.2, with the latter being destined for the iPad.

Also, the latest update differs from all other updates in that the latest tweaking job is aimed at just one and only one thing – to plug the huge PDF hole that allowed hackers to gain unauthorized access to the iPad. It was the PDF flaw that enabled the hackers to jailbreak the iPad, something that Apple has said they covered by including two iOS fixes in the update that they believe will deter hackers from tinkering with the iPad.

Among the two fixes, the PDF fix is designed to prevent the running of any third party program codes through specially prepared PDF files, thereby blocking the route taken by hackers to jailbreak the device.

As for the second fix, the IOS surface fix aims to deny any system privileges for the execution of third party code.

In fact, the update has been designed to remove the jailbreak tag if you have already done so. It’s like Apple is welcoming anyone who may have strayed into its fold once more. Or it can be like getting back into the cage after you have broken out of it.

So if you wish to remain ‘independent,’ you can skip the latest update. However, if you wish to get that PDF risk covered, you can opt for the update and wait for the hackers to come up with some new method of jailbreaking once more.