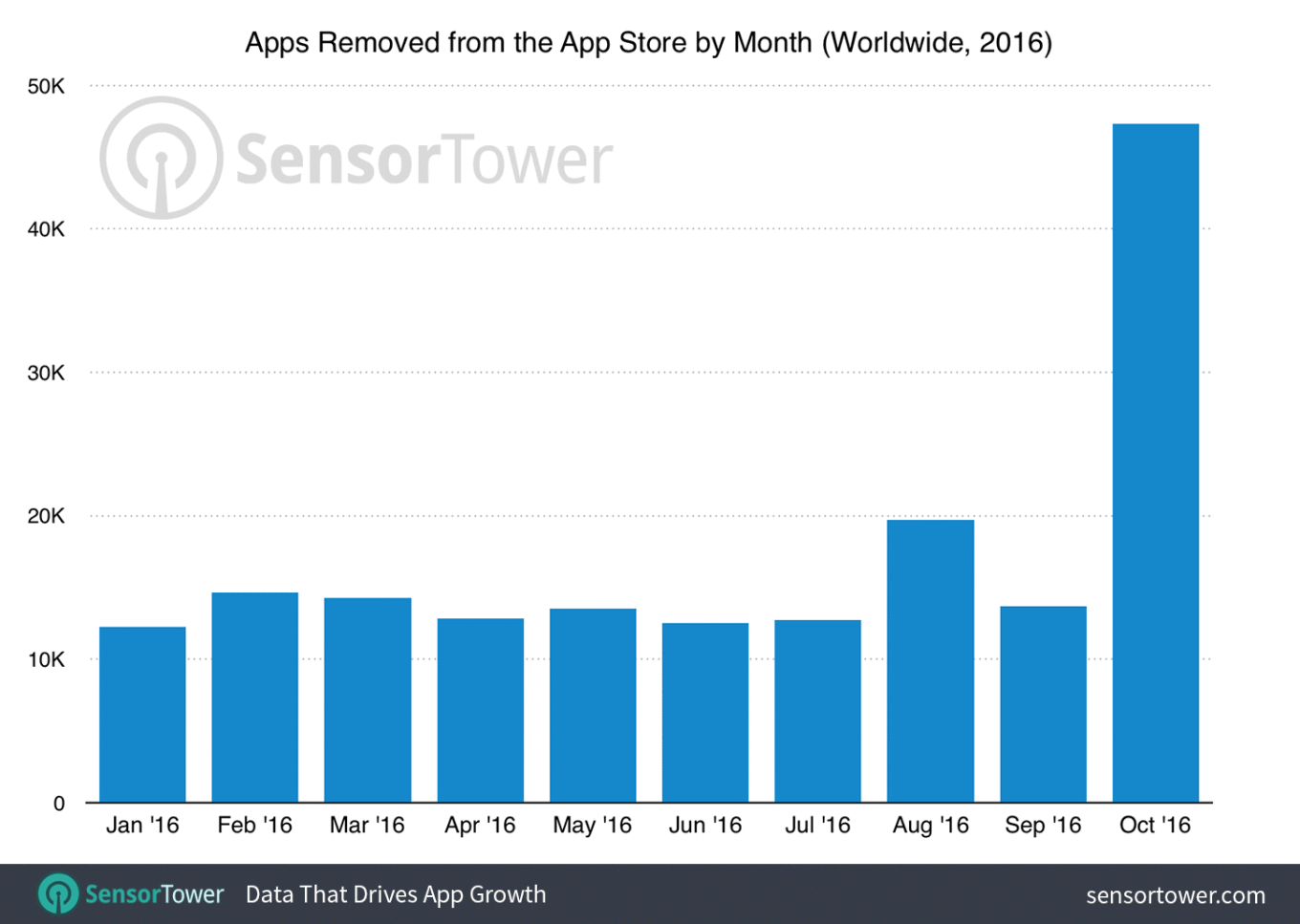 Apple has started notifying users if an app has not been optimized for iOS 10 or if it is incompatible with the iPhone 7 or iPad PRO. You might have seen this message pop-up occasionally when using a news app or an e-reading app. In October Apple has started to take action, beyond simple notifications. The company has just purged over 47,000 apps.

App developers received an email in September letting them know that their apps were not compatible or prone to crashing with iOS 10. Apple gave them 30 days to make changes to prevent their apps from being eliminated from the App Store. Apps that did not see updates were then removed.

Out of the 47,300 total apps removed, around 28% were games. This category was followed by Entertainment, Books, Education and Lifestyle. Hundreds of e-reading,  manga and news apps were also removed.

What is surprising is that in a single month more apps were removed from the App Store in October that exist on the entire Windows App Store!