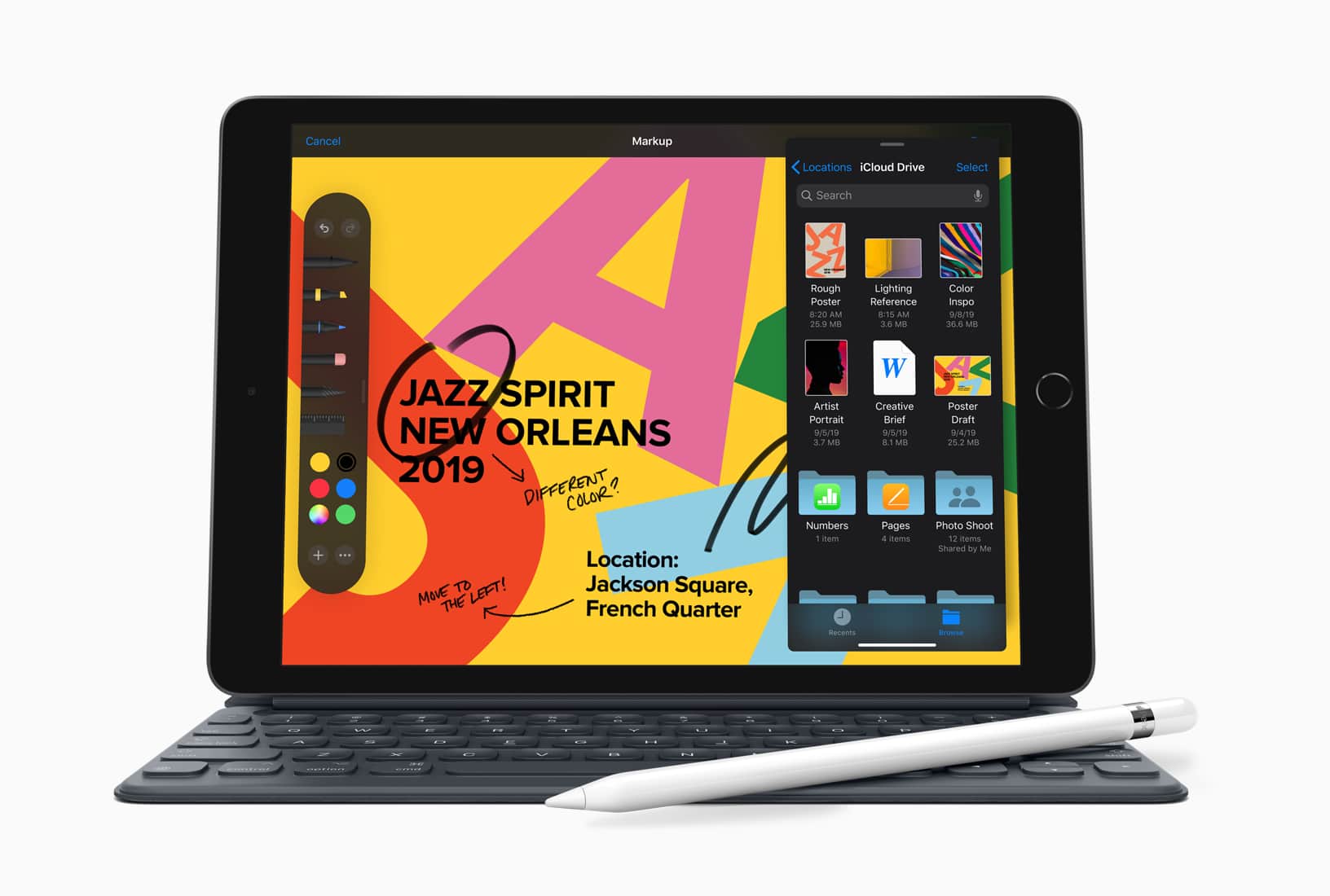 Apple has just announced a new iPad and the screen has increased from 9.7 to 10.1, giving you more real estate to read comics, ebooks, magazines, manga and digital newspapers. This model starts at the same price, $329, but it has a few improvements over the last-generation iPad. The seventh-generation model has an A10 Bionic processor, which originally debuted in the iPhone 7. It also has a Smart Connector, which will come in handy if you want to purchase one of Apple’s magnetically attachable Smart Keyboards. it also has support for the 1st generation Apple Pencil, if you want to take notes or make annotations.

The new 10.2-inch Retina display iPad has nearly 3.5 million pixels and a wide viewing angle making it a vivid canvas for creative expression and perfect for immersive augmented reality (AR) experiences that take advantage of its enhanced cameras and advanced sensors.

Designed to be ultra-portable and durable, iPad weighs about one pound and for the first time features an enclosure made from 100 percent recycled aluminum with the same strength, durability and beautiful finish as the aluminum in all Apple products.5 Staying connected is easy on iPad with ultra-fast wireless performance and support for Gigabit-class LTE connectivity — delivering three times faster cellular data connections. With Touch ID, unlocking iPad is simple and secure using just a finger, to keep important information safe.

>Personally, I skip the entry level iPads, and recently picked up the iPad Pro 2018 edition that had a 10.5 inch screen and support for the Apple Pencil 2. One of the reasons I go with the Pro model is because it has two speakers on each side, providing a more immersive audio experience when watching Netflix or Amazon Prime Video. I wish it supported Dolby Atmos, like the new flagship iPhones announced today or even full support for Dolby Vision or HDR.