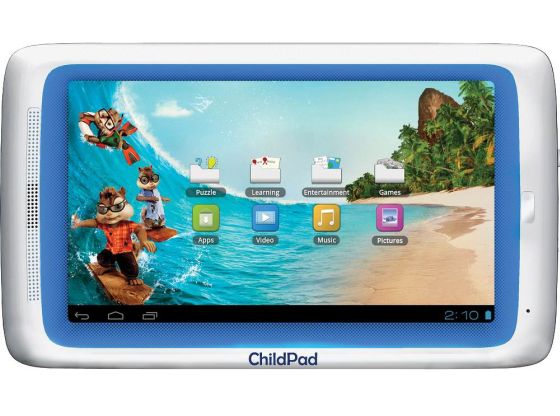 Kids have a better tablet coming their way in the form of the Archos ChildPad, which sports a capacitive touchscreen display. The ChildPad as of now comes with a resistive screen with a rather low resolution of 800 x 480 pixels. There is no upgrade to the tablet’s resolution, in spite of making way for a capacitive display. However, it does provide a better response to touch, which in itself can be worth it.

Also, price of the capacitive enabled ChildPad is higher at $139 (J&R currently accepting pre-orders for the same at that price), which is $10 more than the ChildPad with resistive display offers. Apart from the change of display, the rest of the specs (which includes 1 GHz ARM Cortex A8 chip, 1 GB RAM, 4 GB of on-board storage with microSD card support along with Google Android 4.0 Ice Cream Sandwich) are believed to be identical.