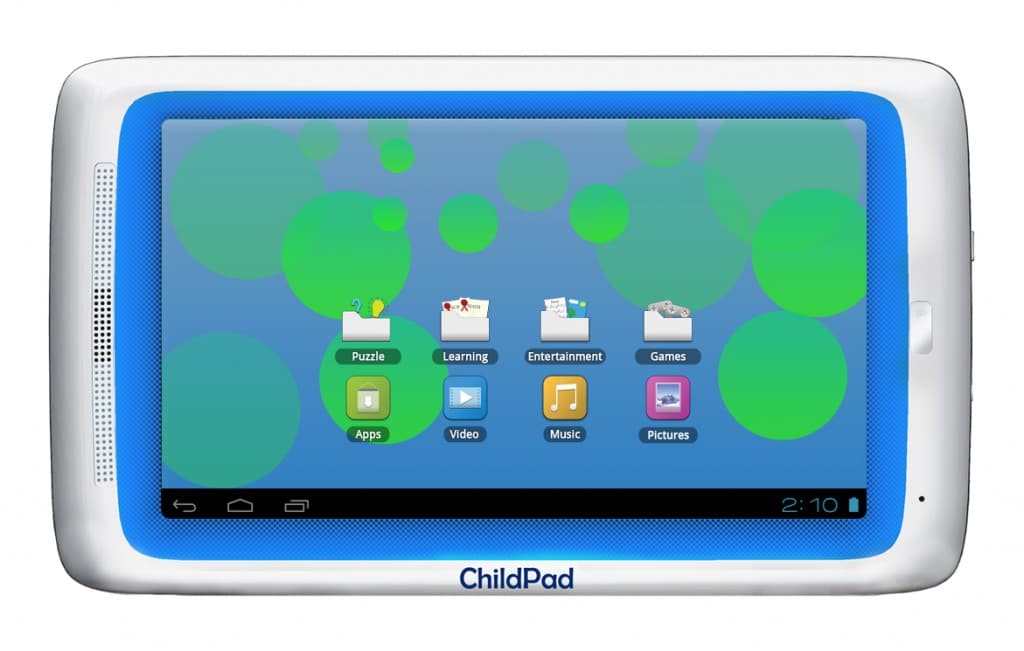 Very soon, Archos is going to be releasing their first tablet computer aimed directly at kids—the Child Tab. This is a new Google Android 4.0 running device that taps into a customized version of Appslib that is filtered to appeal only to kids.

This new Child Tab features a 7 inch capactive touchscreen display, which makes interacting with it a breeze. It has a 1GHZ processor and 1 GB of RAM, so it should make this low-cost tablet very snappy. The best thing going with this is the price, retailing for about $129.99!

I think Archos might be onto something with this tablet that appeals to the tween demographic. You have a ton of tablets on the market that appeal to kids 1-6 with the Leapfrog, Fisherprice IXL, and V.Tech V-Readers, but nothing really for them after that age. Many parents lament lending them their Nook Tablet or iPad, and this is the perfect device for kids to bring to school with them and cost effective enough so you’re not anxiously micromanaging them when they use it. No word on release date yet, but judging by the information I received today from the company it should be within the next month or two.

update: Archos got in touch with us and let us know the CPU is a ARM Cortex A8 @ 1Ghz and there is 4GB of internal memory. There is also a Micro USB port and front facing 1.3 MP Camera.