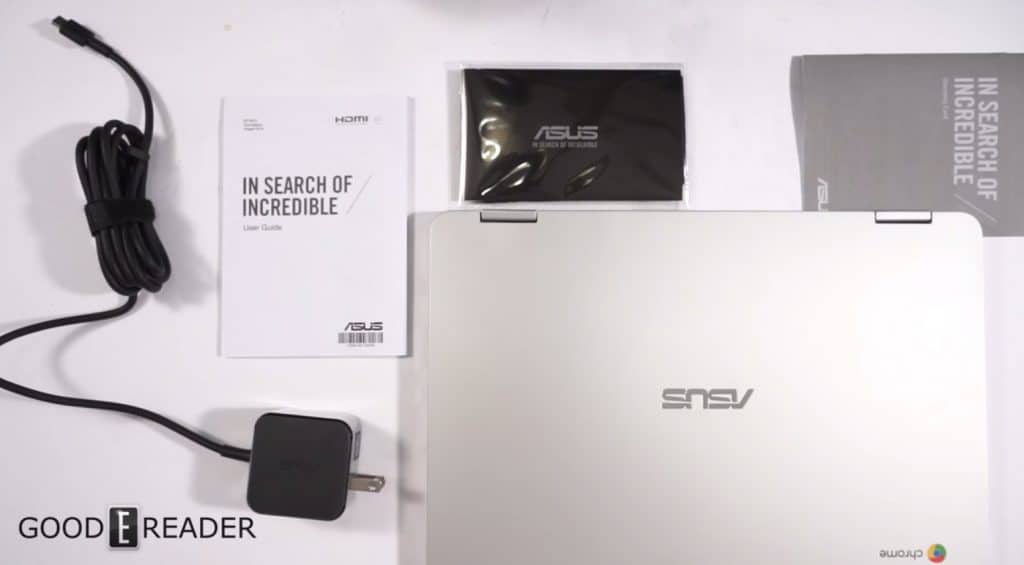 Good e-Reader has reviewed over 400 different e-readers and tablets over the years and this is our first Chromebook. The Asus C302CA features a 12.5-inch screen with a resolution of 1920×1080 and underneath the hood is a Intel Core m3-6Y30 CPU, 4GB of RAM and and 64GB of eMMC storage. The screen can be flipped around to the other side of the keyboard, which is a nice touch. Likely the most compelling aspect of this device is that it runs Android apps and dozens of Chrome tabs. It has a sense of style and a solid build.