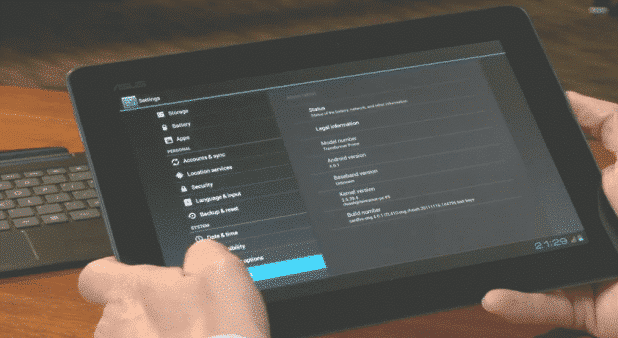 The Asus Transformer Prime is already a formidable device. In fact, with the specification sheet reading NVIDIA Tegra 3 quad core CPU, a 1 GB RAM, along with Android Ice Cream Sandwich as the OS, it’s no surprise the Prime is already being considered one of the best Android tablets and iPad alternatives out there. Further, the Transformer Prime also takes forward the Transformer legacy of excellent battery life, while performance is breezy too. Top that off with an all metal body and what you have is a tablet with a solid appeal (though the latter is at the cost of interference on Wi-Fi and GPS signals). However, it’s good to see Asus isn’t just stopping at that and is striving hard to make it even better.

Also, with ASUS having given its users regular software updates, it is natural for one to be curious to learn what else they will be offering. By the looks of it, the only area where they could add some interesting items would be through the app stores. Though ASUS could also consider the game genre, specially since ASUS has a keyboard dock featured along with its Transformer Prime tablet.

The announcement for the update was made at the Asus Facebook page, while existing Transformer Prime users can hit the “update” tab under Settings for the most recent update to stream in if it hasn’t already taken place.

In another news that is very contrary to our expectations, Asus revealed at court (in connection with the case against Hasbro) that they had received only 2,000 pre-orders a month ago. Another 80,000 units of the tablet—the first with Android 4.0 on-board—has reached retailers worldwide. It makes us wonder if Asus is concealing the truth in some way, and the situation is certainly grim for premium Android tablet makers if it is indeed true.

via androidcommunity, via techcrunch, via