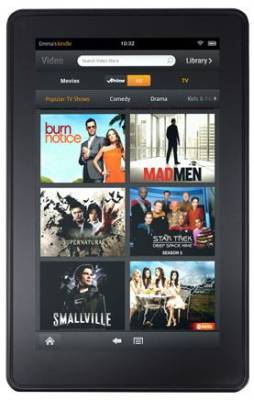 Amazon has already struck gold with the Kindle Fire, it being the only Android tablet that can hold a candle to the Apple iPad (though from a safe distance). The online retailer has joined in late to the tablet sphere but has made it big, leaving behind many big name competitors such as Samsung or Acer. However, while the Kindle Fire is already due for an upgrade and a next gen version is reported to be in development, what seems evident is that Amazon is readying a three pronged attack at the tablet segment in the future.

As per CENS, a Taiwanese news channel, Amazon is about to launch two varieties of 7 inch tablet, as well as a bigger 8.9 inch sized tablet device. If true, it looks like we will see a low cost model, which may be similar to the current Kindle Fire, as well as two additional models with premium features.

While details are sparse at the moment, information from the supplier’s end reveal the base 7 inch version to have a resolution of 1024 x 600 pixels, while the one above it packs in a slightly higher 1280 x 800 pixels. The top of the line 8.9 inch tablet model will come with a better 1920 x 1200 pixel display. While the basic 7 inch version is expected to cater to the budget segment, the latter two are likely to have better features and cost a premium.

To have more than one tablet offering also makes sense for Amazon, when it is offering the Kindle Fire at a loss. It will allow the online retailer to make up for losses with the higher speced, and subsequently higher priced, tablet offerings. That way, Amazon will not have to integrate their tablet to the Amazon store so tightly as is the case with the Kindle Fire.

Anyway, these are still speculations and there is nothing from Amazon to confirm or anything.