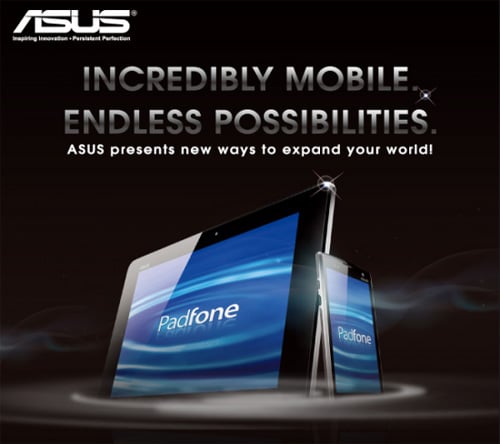 The Padfone tablet + smartphone concept has been doing the rounds for quite sometime now though we never got to know for sure when the device will actually be seen reaching markets. However, things finally seem to be reaching the culmination stage at Acer so that the company has at last confirmed the Padfone will be there to be seen in action at Mobile World Congress. The event gets underway at Barcelone from Feb 27 to March 1.

Coming back to the unique Padfone, Asus isn’t in the mood to reveal anything right now. So details like what the tablet will cost or when exactly it will be making its market debut is anybody’s guess right now. It is however believed the tablet will be powered by a Tegra 3 chip though its almost a surety the device will run Android 4.0 ICS. This since the latest Android version is compatible on both a tablet and a smartphone.

Keep watching as we bring you more on this during the coming weeks.