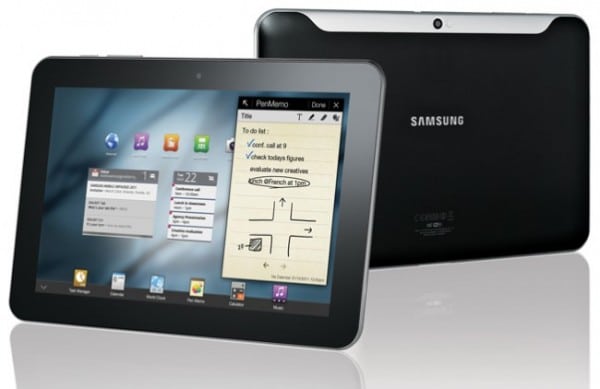 Apple has won the tablet battle in Germany against rival Samsung, which means the Korean conglomerate can’t sell its Galaxy Tab 10.1 in that country. A higher regional court in Duesseldorf, Germany has upheld the temporary ban that was imposed on the Samsung tablet in an earlier judgement. However, the victory can be considered as largely symbolic as Samsung had already replaced the particular tablet with a reworked version named the Galaxy Tab 10.1N. Apple has sought a preliminary injunction on the sale of the Galaxy Tab 10.1N, though the court clearly wasn’t impressed enough. A final ruling on that is expected on February 9.

Apple has initiated legal proceedings against Samsung in various countries around the world and had tasted success in almost all the cases. However, things have started to change and after a couple of court rulings that stated in clear terms the Samsung tablet can’t be considered an exact replica of the iPad. However, the damage may well have been done as the Galaxy Tab 10.1 remained off market during the crucial holiday season. The tablet itself may well be out of date by now as we’re expecting the next gen version of almost all other tablets, including the iPad. We have already heard rumors of Samsung developing a sequel to the Galaxy Tab 10.1 and it will be interesting to see what the tablet will look like. Surely the last thing Samsung will like to engage in is another court battle with Apple.