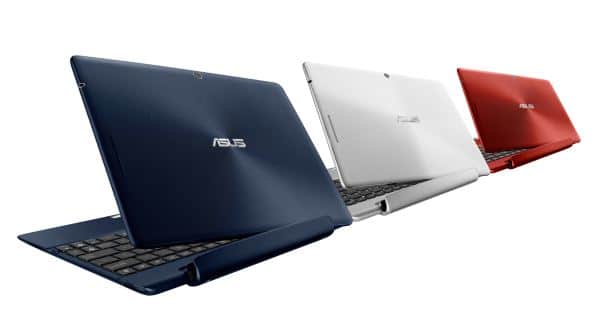 Asus has just come up with a cheaper alternative for those who cannot afford the Asus Transformer Prime. Named Transformer Pad 300, the tablet is likely to sport a price tag of around $399 for the Wi-Fi only version. The tablet will be available in attractive blue, white, and red color options, while the body is now made of plastic instead of aluminium that made up the Transformer Prime.

Specification wise, the Transformer Pad 300 packs in the latest NVIDIA Tegra 3 quad core CPU, 1 GB of RAM, 16 GB of internal memory, along with a 8 megapixel rear camera and LTE connectivity. Up front lies a 10.1 inch IPS display, having a resolution of 1280 x 800 pixels. The tablet measures just 9.9mm thick while tipping the scales at only 635 grams.

The tablet will ship with Android 4.0 ICS and will carry on with the Transformer legacy of excellent battery back-up times. 10 hours for the tablet alone, which will go up to 15 hours with the kaypad included.

The tablet is expected to reach markets worldwide by Q2 this year, though exact availability details are yet to be announced.