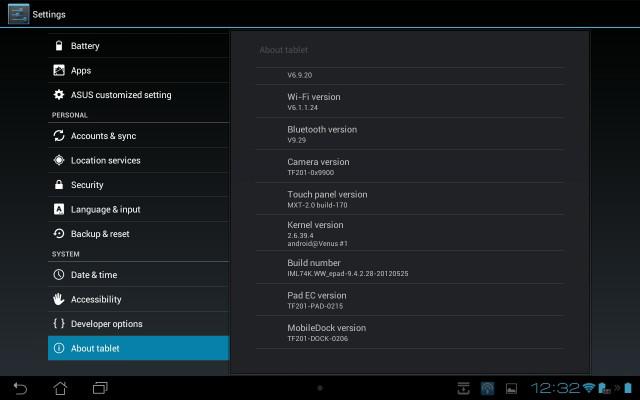 Users of the Transformer Prime in the US and Canada have something to cheer about since Asus has rolled out a new update for users in the region. As a result, the firmware will be boosted up to 9.4.2.28, the notification for which should be reaching to users of the convertible tablet by now. Also, the update is minor, though it brings about the usual bug fixes and performance enhancement doses.

For one, browser performance has improved and so has the battery life, which would see a boost after the update. Another nice feature of the update seems to be the Face Unlock tool. The update will also improve the speed at which the tablet is able to lock onto a satellite. The Transformer Prime has often been pulled up for its below par GPS performance, prompting Asus to provide users of the tablet with free GPS dongles to boost the tablet’s GPS capabilities. Some bugs have been prevalent, like browser crashes along with GPS issues. Those should be a thing of past with the latest update.

So that’s plenty of reasons to go for the update. If the notification hasn’t already arrived, users can check manually the setting section of the Transformer Prime to download the update on their own.