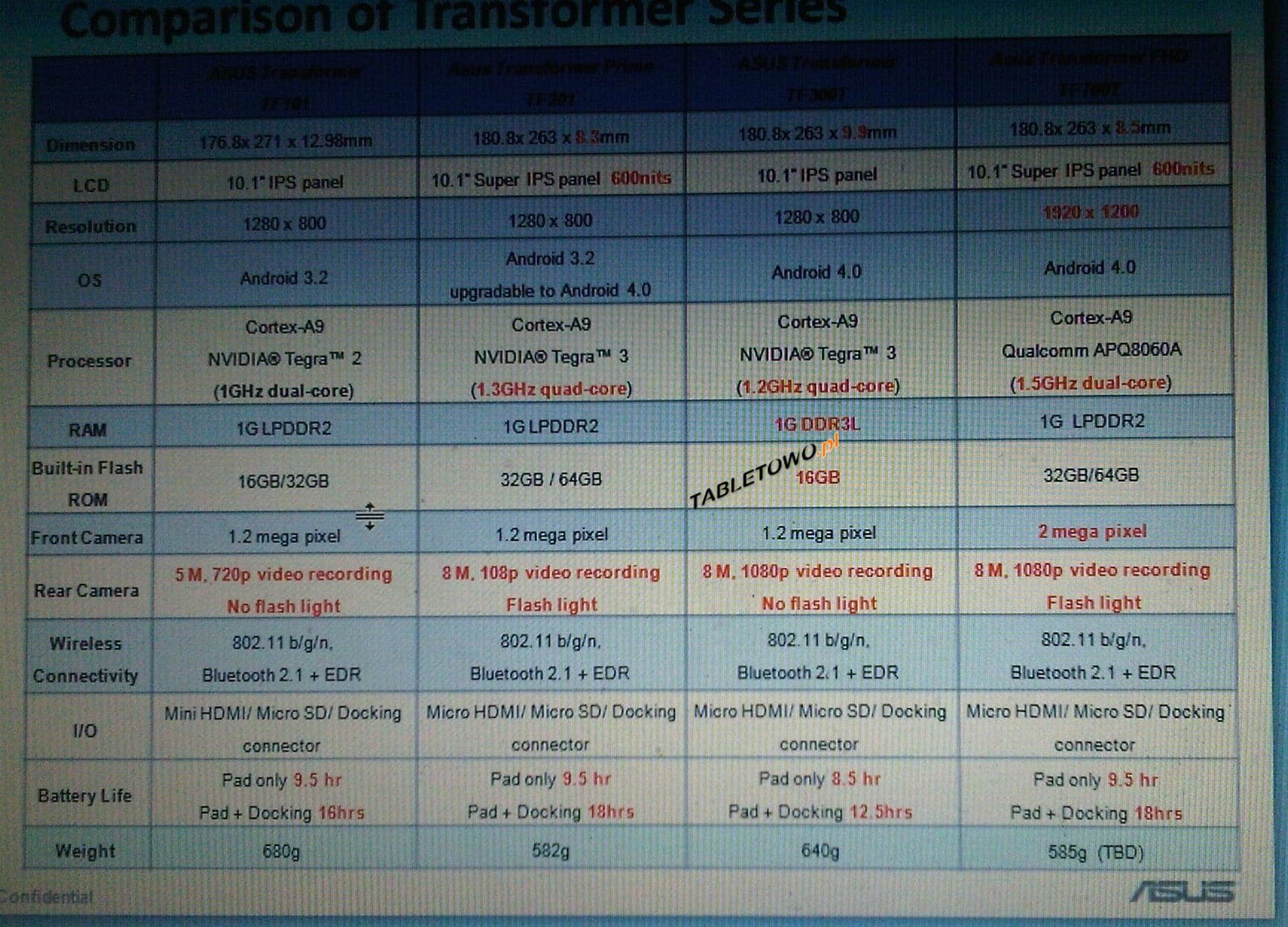 Remember the Asus Transformer TF300T tablet device that we have discussed here before. However, details were scarce then, even with what we could extrapolate from the image released. This time, though, a leaked specification sheet of the device is available.

The TF300T will be powered by a Tegra 3 chip and will have 1 GB of RAM. The tablet will run Android 4.0 Ice Cream Sandwich and will have a 10.1 inch 1280 x 800 pixel display. On-board storage stands at 16 GB, which can be enhanced further by way of microSD cards. Other features of the tablet include a 1.2 megapixel camera at the front and a 8 megapixel camera at the rear, Wi-Fi, Bluetooth, and a micro HDMI out port.

However, while all of that sounds good, there seems to be a change of heart with the other Asus Eee Pad Transformer tablet that we had also heard about. As per the latest specification sheet, the TF700T device will have a Qualcomm Snapdragon APQ8060A 1.5GHz dual core processor at the helm of affairs and not the Tegra 3 chip that it was supposed to have.

More on these are likely at the upcoming Mobile World Congress. Stay tuned!