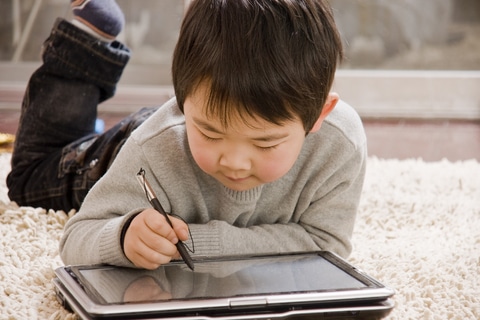 Hold on tight to your Wi-Fi only tablet devices for they’re likely to be relegated to the annals of history. Or so believes AT&T executive Glenn Lurie, who is of the opinion that the usual practice of offering a Wi-Fi only and Wi-Fi + 3G enabled tablet models to consumers might soon be a thing of past. With prices of cellular radios coming down in recent times (it has gone below $30) it won’t make much of a sense for tablet makers to have two separate tablets per model line-up. So far, tablet devices with 3G or 4G modems built-in are a little more expensive, which adds to the popularity of the Wi-Fi only versions.

Such a move will also turn out to be beneficial for tablet makers as they won’t be required to maintain two separate tablet line-ups based on the connectivity aspect of the device. This will save them money and energy on logistics and marketing. However, while cost of a 3G modem will add only about $30 to the tablet’s cost, it can be $60 to $70 in the case of 4G LTE connectivity.

AT&T is citing the success it has achieved with the Pantech Element tablet that offers both Wi-Fi and 4G and costs $399. The tablet is already sold out and AT&T is claiming they are already planning a few more similar launches. This will serve as a win-win situation for both the tablet makers and the consumers, and no one should be complaining.