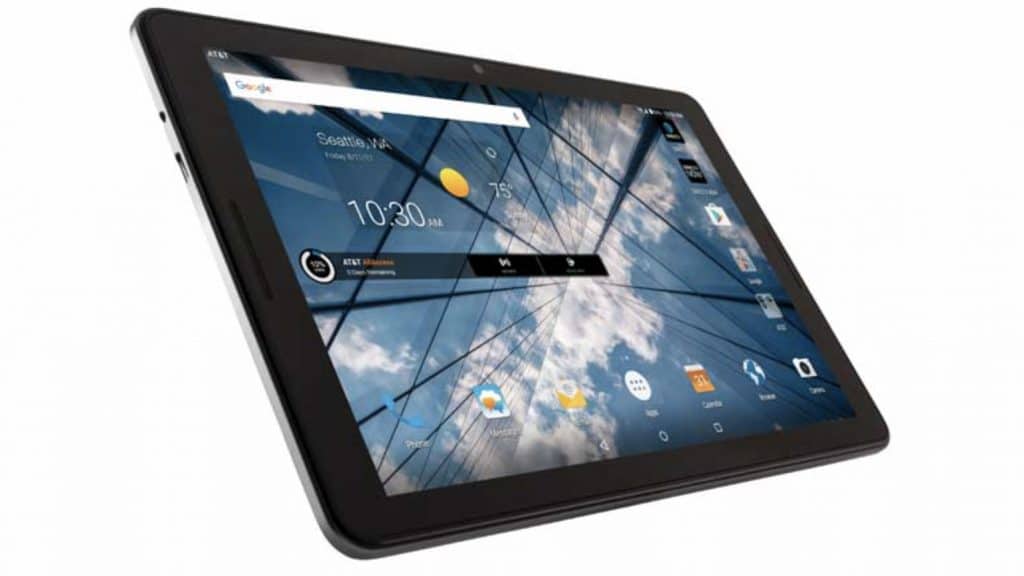 AT&T has just released a new tablet that has DirecTV and DirecTV Now bundled on it. This device was designed to compete against the Amazon Fire tablets in terms of price and functionality. Unlimited Plus and Unlimited Choice customers can add the tablet to their unlimited wireless plan for an extra $20 per month. Alternatively you can purchase it for $10 a month for 20 months, or $29.99 with a two-year contract.

The PrimeTime Now features a 10.1-inch touchscreen display with a resolution of 1,920 x 1,200 .It has front facing speakers to project sound directly at you, which is useful for movies and television shows. Underneath the hood is a Qualcomm Snapdragon 625 and 2GB of RAM and has 32GB of internal storage. If this is not enough you can expand it further via the MicroSD card up to 128GB. The tablet promises to deliver up to 11 hours of use, thanks in part to the 9,070 mAh battery.

This device has Android N and Google Play as an avenue to download apps and games. A modern operating system will ensure that all apps and games will be compatible and there certainly isn’t many tablets with N on the market.

It remains to be seen if this tablet will be popular with consumers. The specs are not great and there are plenty of higher performing devices on the market that are more affordable and offer better resolution. The Pixel C, Samsung Galaxy Tab S3 or even the Asus ZenPad 3S 10.