You are here: Home / Tablet PC News / Blackberry confirms the Playbook 2 will be developed 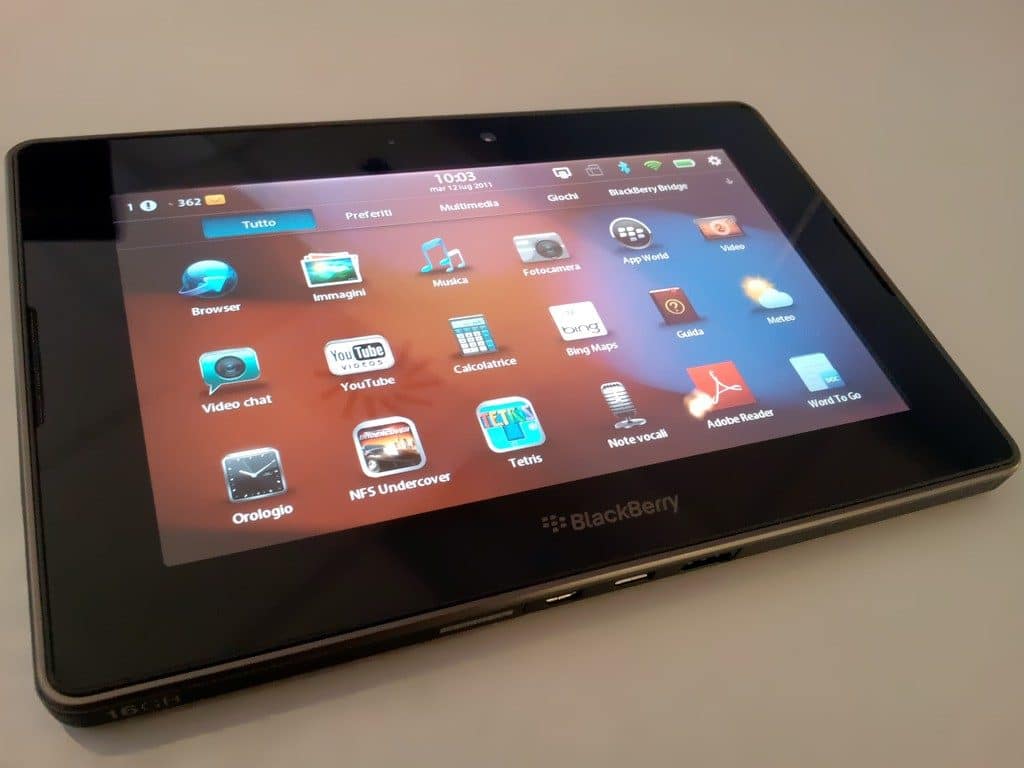 The Blackberry Playbook was unveiled in 2011 and the company soon developed an emulator that could run Android apps if they were ported over to a BAR file. The tablet has a fervent following of professionals, but after a few years it was quietly discontinued. Blackberry has pivoted from developing their own hardware and now licenses it out to a number of companies. CEO John Chen at a recent earnings call stated that one of their partners is “very excited to build a tablet based on Android, and so they wanted us to give them the portfolio rights to do that.”

The original Blackberry Playbook ran on the QNX operating system and this now powers the internet of things and also automobiles. The next generation Playbook will likely hit the market in late 2017 or early 2018 and run Android. This will make it compatible with all of the software Blackberry has developed in recent years such as a customized launcher, keyboard, calendar and camera.

I think there is room in the market for a Blackberry branded tablet that is geared towards professionals and enterprise level customers. There are many segments of the market that want a tablet with end to end encryption and customized apps that make it more compelling than the vanilla experience that Asus and Acer provides.