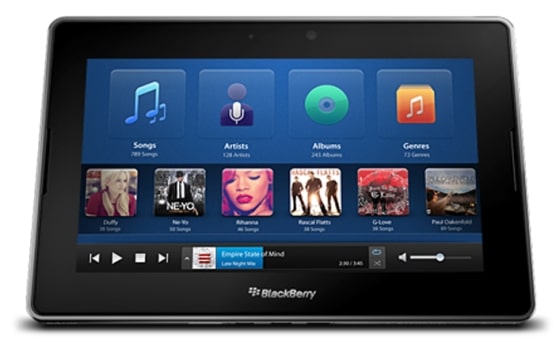 Perhaps RIM has made more experiments with the price of its PlayBook than anyone with a tablet device anytime before. However, of all the prices that the PlayBook can be associated with so far, it seems it is the $199 price tag that suits it best. Which is perhaps why the BlackBerry PlayBook tablet is up for sale at just $199 one more time. Last month, the same tablet had been made available for $299 and the price covered any of the 16, 32, or 64 GB PlayBook model. However, you have until the 11th February to avail of the special prices, after that the prices won’t be this low again, though you never know when RIM will start it all over again.

For those in Canada, wireless carrier operator Telus is offering an even better PlayBook deal. They are offering the 16 Gb and 32 Gb PlayBook model for $150 and less starting from the 3rd of February.

The much awaited PlayBook OS 2.0 is expected this month, while RIM has already announced they are also developing a sequel to the current PlayBook device. Looks like the worst for the PlayBook is already well past it and the beleaguered tablet can only grow from here.