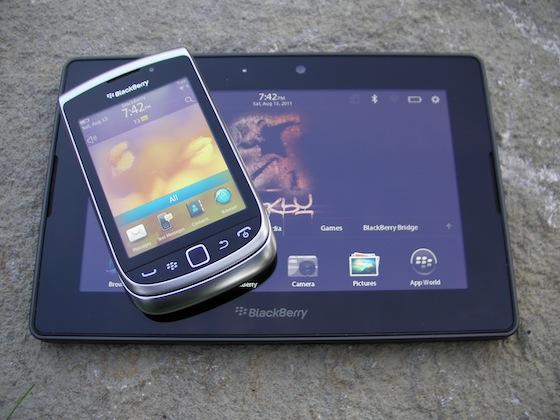 We are fast approaching the Feb 17 deadline that RIM had set for its much awaited BlackBerry PlayBook OS 2.0 to arrive onto the big scene. While we do hope RIM would be keeping to their words, early indication coming in point out its going to be a reality after all. Like the Developers team at RIM have also confirmed this. The most important feature of this upgrade would be the inclusion of the ability for android apps to run on the PlayBook tablet thereafter.

The other advantages that the upgrade would offer its users are native email, calendar and contacts features being available to the PlayBook here on. RIM has issued notices for all developers of Android Apps top submit their content by February 6.

RIM has placed some strictures on the applications that would be allowed upon their PlayBook, which have to be adhered to by developer. For one there can be no reference to the term Android in the application while all links leading to the Android Market will have to be truncated too. Also the minimum platform that the application should be able to run has to be the BlackBerry OS 2.0. They have also asked the developers to code sign the application they develop.

For porting the application to the device RIM have provided two tools, namely the BlackBerry Packager and BlackBerry SDK. The tools are supposed to be easy to use as per RIM. Developers will also be able to post their applications at a later date though by calling on them to complete their submission by 06 Feb, RIM has given a strong hint about the upgrade will be on time.

RIM has already showcased a preview of the PlayBook OS 2.0 during the recently concluded CES event and the response has been overwhelming. With the coming of the new OS version along with the new upgraded PlayBook device itself later in the year, we might well see RIM mark a turn around in the tablet scene this year.