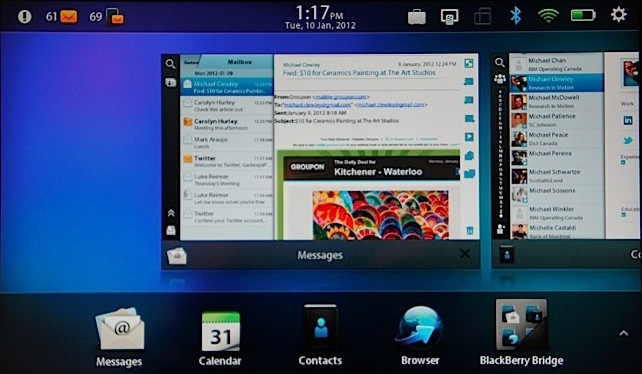 It’s not too long ago that RIM released the BlackBerry PlayBook OS 2.0, which has taken care of many issues with the PlayBook tablet device. RIM is speculated to already be working on a sequel to it already, one that is tentatively named PlayBook OS 2.1. We have already come across news of RIM working on the next gen PlayBook in both 7 and 10 inch versions, as well as the BlackBerry 10 OS that would serve as the single OS for both its BlackBerry range of smartphones and the PlayBook tablet. The Playbook OS 2.0 might be a stop gap measure in between to soothe those who have been irked by the PlayBook’s lack of certain key features. However, that does not seem to be the case.

The new OS, currently code named “RIM Tablet OS 2.1.” The results indicate the browser is doing better than many other browsers used on the tablets that flood the market today.