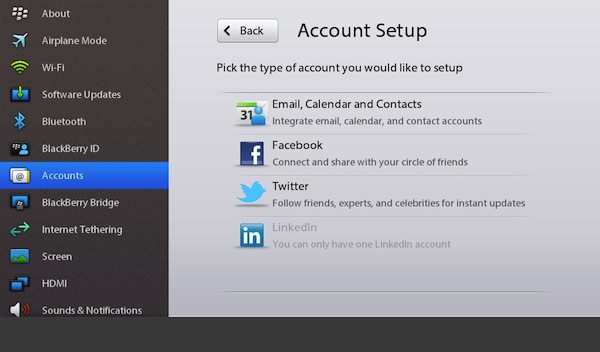 We reported very early this morning that RIM finally updated their Blackberry Playbook to OS2, which brings a slew of new features. Only a few hours ago the company pushed another new update which fixes a number of glaring bugs early adopters were experiencing

The new update really fixes Facebook and brings a new version of it to your platform. There are also some new keyboard functionality updates via SwiftKey. This new keyboard gives you a very cool pre-programmed auto correct feature. It also inserts numbers above the letter rows, which makes using numerical entries for passwords and other things easier than before.

In other Playbook news, one of the most prevalent features found in the update is the revised App World experience. It feels fresh and bears a passing resemblence to the offical Google Android Market in terms of the very touchscreen friendly tiles promoting featured applications. Some new apps found in the App World is WordPress for Android, which makes blogging easier than ever before.

Digital Magazine magnet Zinio has reported that they are working on a port for their online service that should hit the App World market very soon.  The company reported on Twitter that @BlackBerry fans, Stay patient. The @zinio app for the Playbook is coming real soon #ResearchInMagazines

The Blackberry Video Store is another cool feature which lets you buy and rent movies on demand. The interface is smooth and elegant, but the content is lacking and the prices are high. Older movies will cost about 9.95 to purchase while new editions will run you $19.99.  This service is only working right now in the USA, but we heard in the next few weeks Canada will get the treatment, too.

Very soon we will be releasing a video showing off all the new features found in the OS2 update so  you can make the call whether buying a Playbook for $199 is worth it for you. Personally, the addition of email and Android apps is a game changer.