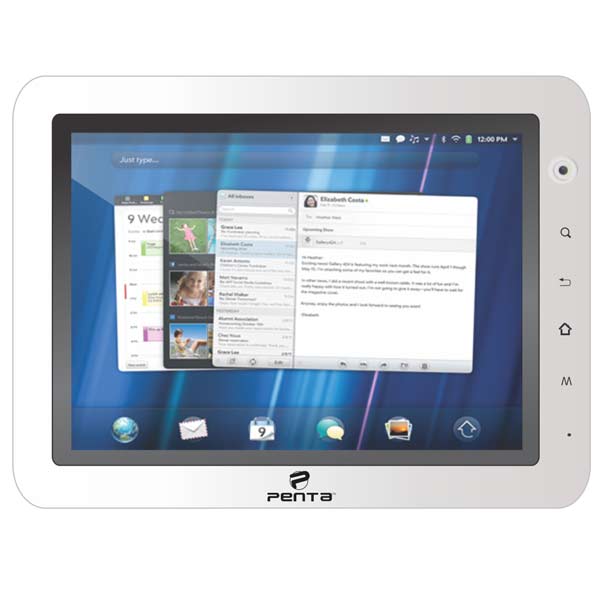 With tablet PCs gaining prominence around the world, it was just a matter of time before the state owned telecom operator Bharat Sanchar Nigam Limited (BSNL) jumped into the fray with a tablet offering of its own. To make up for being a bit late in the segment, it has three tablet devices to offer, all aimed at the low cost to the budget segment. They would have 7 or 8 inch sized display of either resistive or capacitive touchscreen. Not surprisingly, the OS for the tablets would be Android 2.3 and would be manufactured by the Noida based company Pantel.

Penta T PAD IS 701R: The lineup starts with the Panta Tpad tablet that is priced at Rs. 3,250. The Indian tablet market has until now been abuzz with the cheapest tablet Aakash that costs Rs. 2,500, though the Panta Tpad has a slightly higher specification in spite of being in the same segment.

The Panta Tpad is a Wi-fi only device with a 1 GHz ARM11 IMAP210 processor and an on-board RAM of 256 MB. The tablet comes with a 7 inch resistive display, having a resolution of 800 x 600 pixels, with an aspect ratio of 16:9. The tablet comes with an internal memory of 2 GB which is further expandable via a microSD card, while powering the device is a 3000 mAH battery. The tablet also has a 0.3 megapixel front facing VGA camera as well as an HDMI port.

Penta TPAD WS704C: The next in line is the Panta Tpad WS704C tablet, which is similar to the 701r model in specification with the additional features of it being 3G capable. It supports both CDMA/EVDO and GSM. It also has a GPS, accelerometer, and Bluetooth connectivity. The RAM is 512 MB in this case and the rear facing camera is of 2 megapixel resolution.

Penta TPAD WS802C: The Tpad WS802C is the top of the line model and comes at a price of Rs. 13,500. It offer 8 inch of screen real estate and is based on capacitive touchscreen technology. The tablet also is powered by a more powerful 1.2 GHz CPU and is aided by a 512 MB RAM. The device comes with an internal memory of 4 GB, while other features match that of the 704C model.

Data plans that BSNL is offering include 5 GB of 3G data usage for Rs. 750, and 7.5 GB 2G usage for INR 250 for the three tablets. All the tablets also carry a one year warranty.