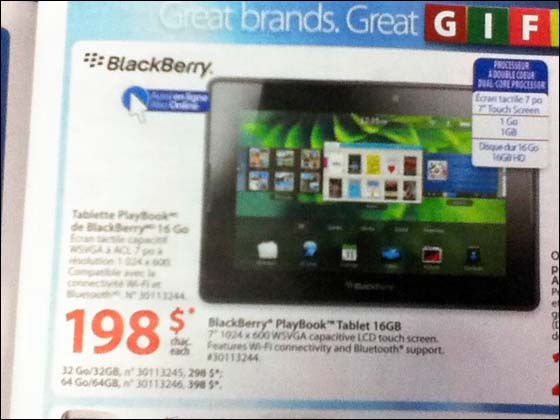 The Holiday season discounts are quickly approaching and Walmart Canada is now offering the Blackberry Playbook for a respectable $198 for the 16 GB version. Last month many dealers such as the Source were also offering the $199 discount but when the rumors surfaced that the firmware update to give native email support and a ton of new features dropped the price went up. It seems since the update will not come until Feb 2012 the deals are back on!

The first Province to offer the discount on the Playbook is Quebec starting from the 16-22 of November and the rest of the Nation to get it from November 18-24th.

I think $198 is a solid deal for the hardware bundled inside and with RIM banking on QNX has being the OS of the future it might be a good time to buy.