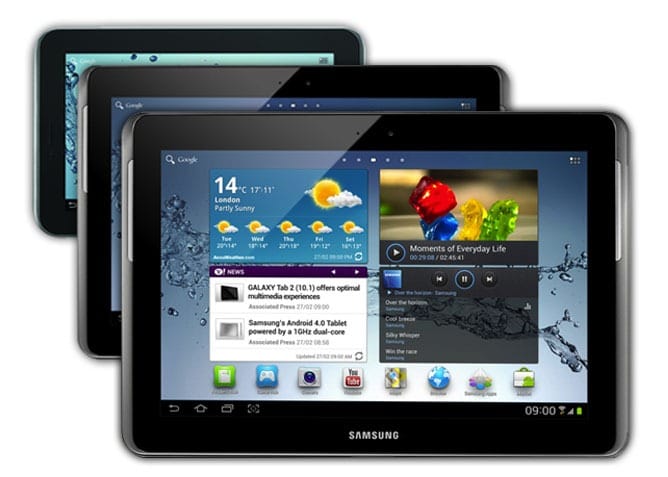 While the Samsung vs Apple court battle has entered a whole new aspect, some interesting details have spilled into the open. From the documents that Samsung has submitted at the court in California in support of its devices, the South Korean company is involved in making a new tablet dubbed the “P10.” According to the documents, it appears to sport a 11.8 inch display with a resolution of 2560 x 1600 pixels (WQXGA). That is stunning to say the least and would make for a 256 ppi display, missing the Apple iPad’s pixel density of 264 ppi by just a whisker. If true, the P10 would mark the first tablet to support such super high resolution. The documents also reveal the operating system to be Android, though the exact version remains unspecified. For connectivity, it would have 4G LTE support.

Samsung had earlier been suspected of making such a tablet and the above information supports the rumor. However, that does not guarantee anything definitive about the tablet becoming a market reality anytime soon. The upcoming IFA event at Berlin could throw some light on the mystery device, along with other relevant details.