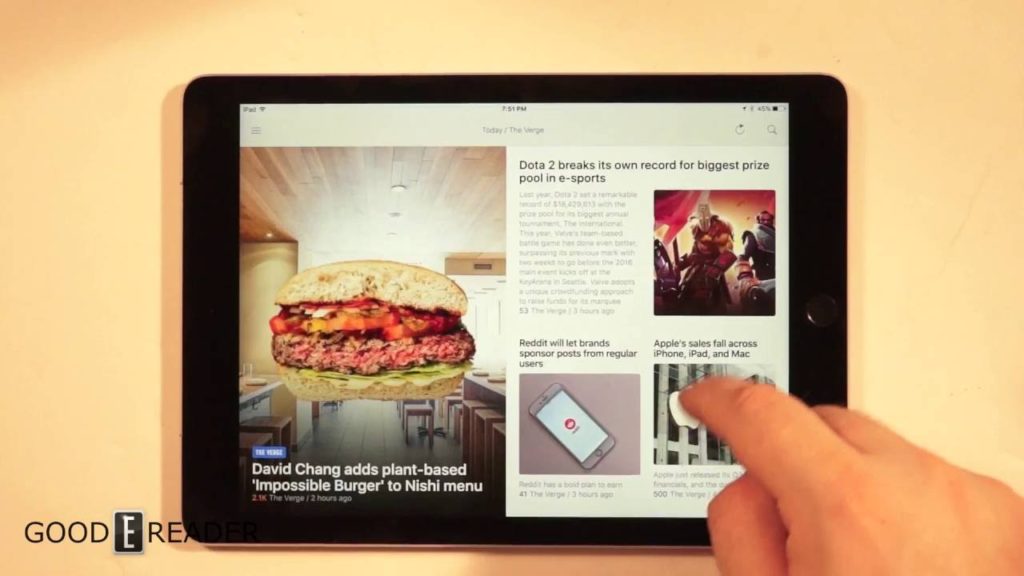 The original iPad came out ten years ago and it goes without saying that when this device started to catch on, many of the fringe e-reader players went out of business and people started to read on tablets. News, magazines, newspapers, comic books and a myriad of digital content always looked nicer on a full color screen, whereas ebooks tend to look better on E INK. Did the Apple iPad kill the e-reader market?

If you want to know how far e-readers have fallen, look no further than a 2015 study from the Pew Research Center. Five years ago, e-reader ownership was already dropping precipitously, as tablet and smartphone ownership skyrocketed. The study found that 19% of American adults owned dedicated e-readers, compared to 32% of American adults just one year earlier. There hasn’t been another consumer-facing e-reader study since then.

iPads, on the other hand, have had a largely consistent rise. An Ars Technica graph reveals that iPad sales started off slowly in 2010, grew steadily until 2013, suffered a big setback in 2014, and then went right back up. In other words: By 2015, iPad sales were growing, and e-reader ownership was shrinking.

It goes without saying that e-readers excel at one thing, reading books. The question is whether people really want a device like that. In 2019, Pew ran another study about book readership demographics. There were a lot of takeaways from this research, but one important one was that 27% of American adults didn’t read a single book in the past year. I would categorize another 43%  of those surveyed as “light” readers — somewhere between one and ten books per year. This suggests that a relatively small minority of Americans — 30% — read enough books to make a dedicated device worthwhile.

There have been dozens of high profile companies to exit the dedicated e-reader space, such as Sony. The digital bookspace has also been hampered, even Microsoft couldn’t make it work. There are three companies that make consumer e-readers, that are popular in the United States.  Amazon, Barnes and Noble and Kobo, although the Kindle has the largest market share.  There are no other e-readers that sell as many units as these three companies.

If you  live in other countries, there are other e-reader options that are not as popular with the public, and have integrated bookstores. This includes Bookeen, Pocketbook, Tolino, Onyx Boox and the Likebook series.

The Apple iPad might not have killed the e-reader, but it almost did. The iPad is still a very successful consumer product, where people can read casually, and have a device that can provide an entire multimedia experience. You can play games, surf the web, play around with apps or watch movies. Why do you think Amazon killed off their active content system, which basically had apps to install on the Kindle?