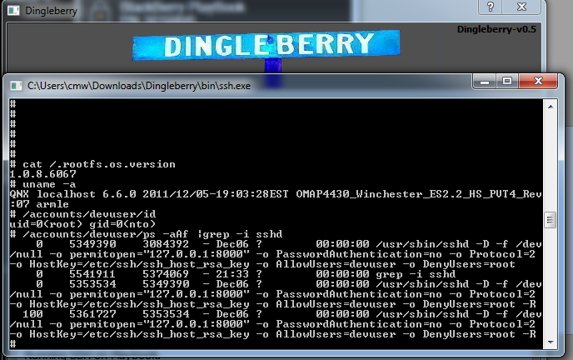 For those who are looking to root their BlackBerry PlayBook, the updated version of the Dingleberry tool makes the task a lot simpler. The features which the new release has on offer include the option to downgrade the standard operating system to an earlier version — to let the Dingleberry app to gain root access — along with support for streaming video from Hulu. Of course there is also access to Android market that the Dingleberry app makes it possible on the PlayBook.

The process to root the device requires downgrading the PlayBook OS to the older version. This required a lot of tweaking with the previous instance of the Dingleberry tool. With the new version, that has been taken care of as the app itself includes the option to downgrade. Once downgraded, rooting then becomes a simple job.

Also if you are unsure if its really worth installing the DingleBery app, well this process allows one unlimited access to the device innards by way of software capabilities. Like for instance to install Google Android Market on the device — which it does not come preloaded with — rooting would be a necessary first step.

Meanwhile, a leaked roadmap of RIM products for 2012 include an updated 3G+ complaint PlayBook that should be ready by April which is around the same time the 7 inch tablet would be complete one year of its existence. The rumored 10 inch Playbook tablet is also in the pipeline though it won’t be ready to hit market before December 2012.