You are here: Home / Tablet PC News / Enterprise to Fuel Next Round of Tablet Sales 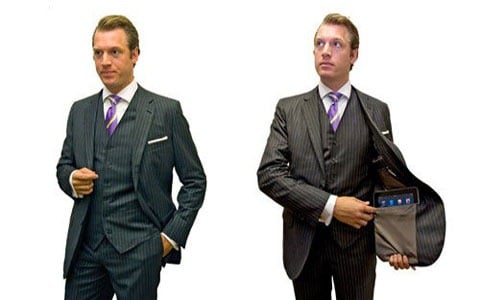 Tablet sales has already been experiencing a steady growth each year round though it seems there are still a lot of room for further improvement. In reality tablets have yet to make a credible dent at the enterprise segment, so that what seems evident is that the next major push at tablet sales is expected to come from the enterprise business users.

“We are seeing rapid adoption of tablets across a lot of highly regulated sectors – from public utilities to financial services, banking and healthcare,” said Dimitri Volkmann, vice president for products and markets at Good Technology.

To put that in numbers, of the 119 million tablets that is likely to be sold in 2012, about 10 percent of the demand is expected to come from the business segment alone.

As Dimitri Volkmann, vice president for products and markets at Good Technology puts it, “We are seeing rapid adoption of tablets across a lot of highly regulated sectors – from public utilities to financial services, banking and healthcare.”

All of this should clearly be a great piece of news for Apple which has been ruling the roost of the tablet segment with its iPad. In fact, the iPad singlehandedly crafted the entire tablet segment when none existed. As such, what can be said with a fair degree of surety is that we are on the verge of seeing a huge influx of tablet devices in the business segment; and that the majority of them will be the Apple iPad.

However, while Apple along with Android is all set to reap the benefits of increased demand for tablet devices in the work place, experts however aren’t too optimistic with Microsoft and its high stakes take on the tablet segment with the Windows 8 platform.

A lot of companies like Dell, HP, Acer, Lenovo, to name a few, have already expressed their intentions to build a Windows 8 based tablet device. Handset maker Nokia too has made known their their intentions of coming up with a tablet running Windows 8, which is understandable considering their new found love for Microsoft and their Windows platform.

Research in Motions that has traditionally been known for their enterprise friendly solutions is another company that might not have the going too easy with their PlayBook tablet devices in the enterprise segment. The reason being that both Microsoft and RIM are entering the segment fairly late by which time market leader Apple has entrenched themselves too well with a well structured app eco-system.

Having said that, what also has to be said in the same vein is that its too early to write off both Microsoft and RIM. Both are seasoned player but are faced with a transitional phase in the personal computing segment where tablet like device have suddenly shot to stardom. The tablet growth story has been phenomenal with Apple being the dominant force so far. Google’s Android is another player that has been serving the anti Apple camp so far though apart from the Kindle Fire, there has been no single tablet success story so far. What this means is that both RIM and Microsoft has to play their cards too well to ensure they survive in the so called ‘post PC’ world.