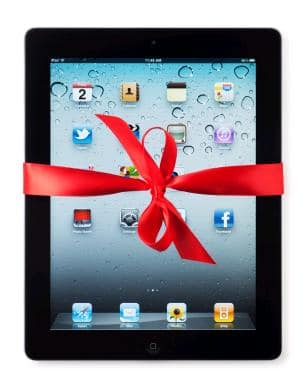 How can Apple or the iPad not be in the scheme of things when it is about eye popping deals? Also, that such deals would be setting new benchmarks is all too common stuff. Like the way eBay went on to sell iPad 2s at the rate of 4 units every minute this Cyber Monday.

The popular online store listed the Wi-Fi only version iPad 2 with 16 GB memory for $50 less than its regular price of $499. The deal also included free shipping and the entire thing worked out to a quite lucrative $449 for a brand new iPad 2. Needless to say, it went on to become too hot a deal to be ignored by eager consumers.

Apple themselves had offered the device with a $41 discount on Black Friday. So those who are crazy about Apple products — and there are lot’s of them — did hurry and pick up the item from eBay while stocks lasted. The stocks lasted just two hours in which time period 480 units of it were sold out.

RIM’s PlayBook though isn’t that fortunate even after it has been provided with an even bigger 58 percent discount. Also on offer is the 32 GB model of the PlayBook that isn’t attracting consumers even when priced at $249. Sure the PlayBook, in its present form at least, cannot be considered in the same league as the iPad though things might change once RIM launches the much awaited software update that’s expected to be unveiled on 17th February.