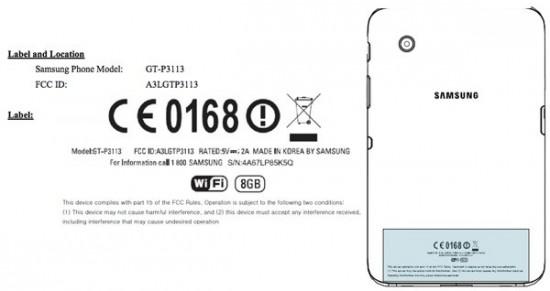 The Samsung Galaxy Tab 2 device may be hitting European shores before the US, though Americans need not despair just yet. Tablet enthusiasts there won’t be kept waiting too long for the successor to the original Galaxy Tab, since the tablet already has received the necessary certification needed for a Stateside launch. Specific dates haven’t been announced just yet, but that can be expected any time now.

As for the tablet itself, FCC filing has revealed a Broadcom radio with 802.11 b/g/n WiFi and Bluetooth 3.0 on-board the tablet device. The Galaxy Tab 2 is also the first tablet to come from Samsung stables with Android ICS pre-loaded. The tablet might not be as wallet frindly as it was made out to be initially. If the European pricing structure are anything to go by, the Galaxy Tab 2 is likely to retail for around $350 to $400 for the Wi-Fi only version. Needless to say, a lower price tag could only have added to the tablet’s appeal in the US.