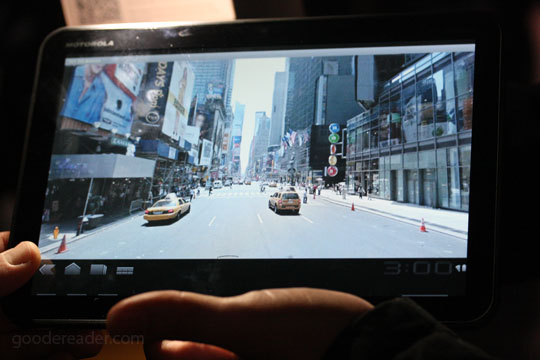 In case you have not heard the Motorola Xoom is the first big tablet offering from telecommunications giant Motorola. It features a 10.1 inch screen and resolution of around 1280×800 pixels and a Nvidia Tegra 2 dual-core processor. It has 1 GB of RAM and will support around 10 hours of video playbook, it can play video via DLNA to an external computer/screen and HDMI support. It also supports Adobe Flash 10.1 right out of the box, and comes with a two-megapixel front-facing and a five-megapixel back-facing camera. This new Google Android 3.0 Honeycomb tablet will be on 3G at first with no SIM card needed and will have integration for Verizon’s 4G LTE network. Motorola has scheduled release of the gadget for the first quarter of the year.