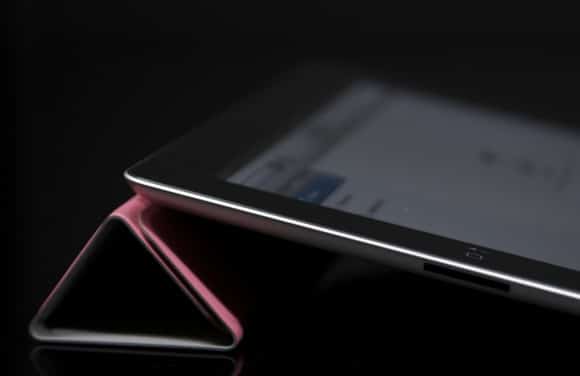 Reflecting on the happenings in the tablet field this past week, what comes to the fore is that there has been no major tablet launches during the period though the usual doses of rumors and speculation had its share of limelight all along. The biggest news of the past week has of course been the way the Apple iPad almost steamrolled the competition by announcing total sales for the last quarter to a staggering 15.43 million units. That’s not only more than all the Android tablets put together but also eclipses the sales total PC sales of bigwigs such as Dell, HP or Lenovo.

In other iPad news from the past week, the tablet will soon be provided to the students of Wisconsin Schools which in turn are being bought with money that the state got out of a court settlement with Microsoft. However, while all that is good news for Apple and its all conquering tablet device, the company though is finding itself on an increasingly slippery track in its court battles with Samsung. In the latest blow to Apple, Dutch court has ruled the Samsung Galaxy Tab 10.1 does not infringe upon Apple iPad’s design patents. This is in lieu to a similar court ruling in Australia where the Samsung tablet has already been allowed to hit markets there. Vodafone Australia will be the first to offer the Galaxy Tab 10.1 there post the ban. Also while still on Samsung tablets, the Korean giant is rumored to be readying a new tablet device at the upcoming MCW event which many believe is the next gen version of the current Galaxy Tab 10.1.

Further continuing with rumors, Nokia too is touted to be readying a tablet that would run Windows 8.

The other big story from last week is the good showing of Android tablets like Amamzon Kindle Fire, B&N Nook Tablet or the Kobo Vox. Unfortunately, there is no way to make out just how good (or how bad) their sales were in the absence of any official sales figures. Market analysts though point out the tablets may have made up 40 percent of the total 10.5 million units of all Android tablet that found takers in the last quarter. Impressive figures it should be for Amazon, B&N or Kobo even if that has been achieved by pricing the tablets low. Also, all of that is certainly a lot better than the 1 million tablet sales figure reported by Motorola which has been achieved all of last year. Motorola has also stated it is ready to offer the Xyboard tablets.

For RIM and its PlayBook, this past week has been of mixed results. Like while Sprint is being shown to be ready to give up on the PlayBook, RIM, on its part, has already stated they have started work on the new upgraded PlayBook sequel.

As for news pertaining to Android 4.0, both Sony and HTC has stated they would be releasing the update to the latest Android version for the Tablet S/Tablet P and Flyer respectively in the coming months. Asus too will launch the ICS update for its first gen Transformer during mid February. Asus will also release the Transformer Prime Bootloader Unlock Tool next month. So that’s plenty of action coming up in the next few weeks.

In other tablet news for the past week, the Pantech Element is now available for $300, the Acer Iconia Tab A510, A700 will be hitting markets towards April while the ZTE Light Tab 2 and Optik tablets will reach the UK and US in February respectively.