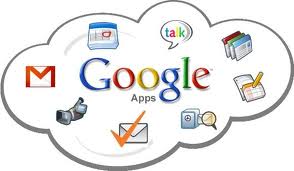 Google will begin a new program very soon called Google Drive which seeks to compete against Drop Box and Box for your online storage.  This is a program that was started all the way back in 2007 and was put to the side in favor of other projects at the time. There is no disputing the success of Drop Box, and Google plans on rolling out their own service with 1 GB of free online storage this April.

GigaOM reports that their sources told them the new interface will be akin to the existing Google Docs GUI. There will also be a paid tier program for more online storage, since 1 GB is not very much by today’s standards. They will also be releasing an Android app very soon after launch in the Google Play ecosystem.

There is no word yet on the semantics of Google Drive, but it could be a game changer. Many business and casual users are enveloped into the Google ecosystem using many of their services. Although to be fair, Google does have a history of starting new projects that often flounder before they are either cancelled or revised. This happened with countless programs such as Google Music, which launched without major support from music companies. Who could also forget Google Wave, which was heralded as the social networking system of the future!

With the advent and imminent release of G Drive,  which should be announced at the upcoming Google I/O conference, it could cut into the user-base of other popular cloud storage solutions. The big question is, would you give up Drop Box or Box to go with Google’s new offering?