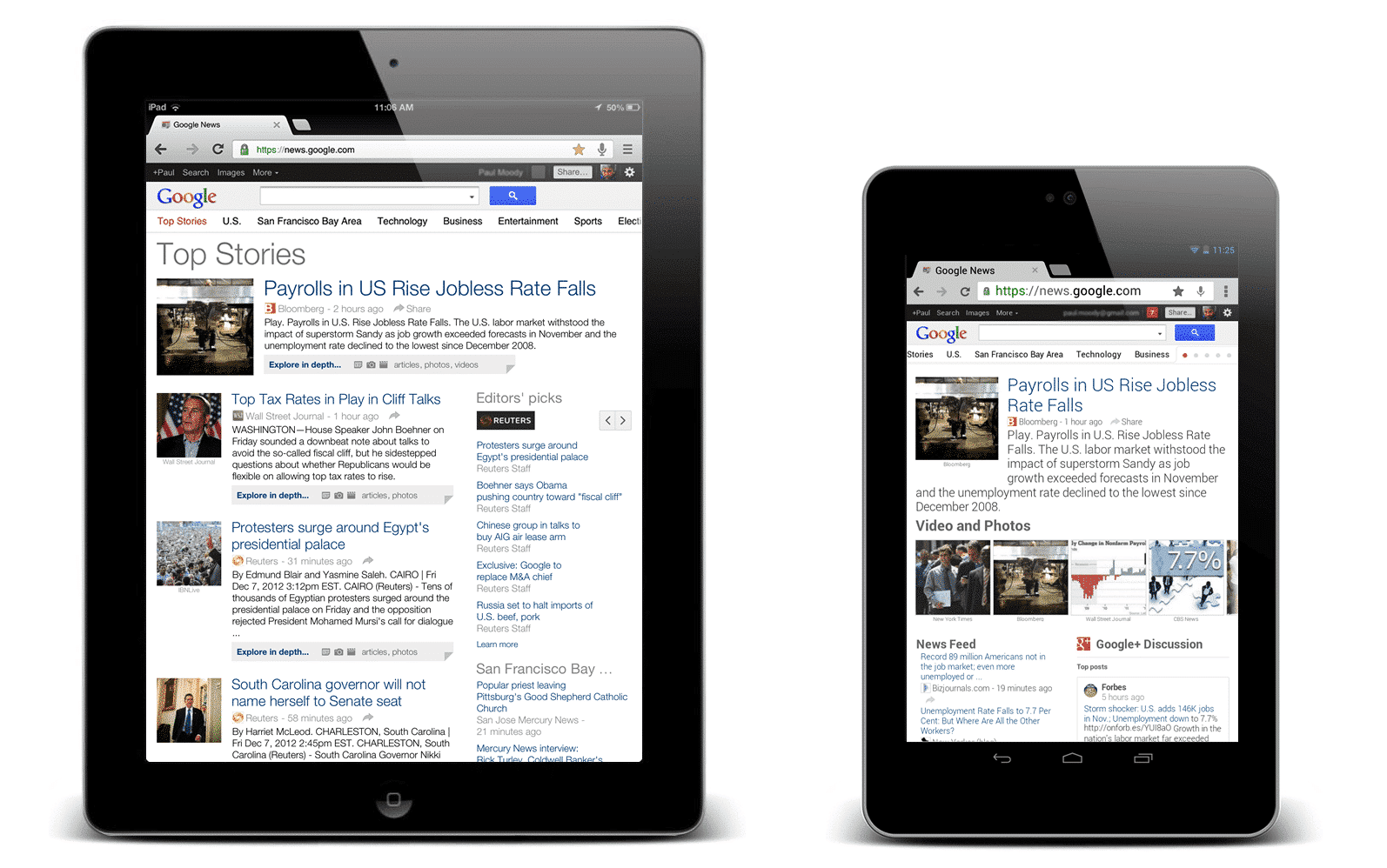 Google News is one of the the company’s greatest strengths. Many people end up sending articles or genres of interest to their Google Reader or a slew of third party apps for Android and iOS. Google announced today that its web-based news service has been optimized for larger screen devices and now sports a cleaner look.

You can find new articles, news sources, and even topics of interest with intuitive gestures. Swipe horizontally between sections (from Business to Entertainment, for example) or tap “Explore in depth” to see multiple articles and other info related to a particular story. Google has also added more breathing room between articles, making it easier to spot the stories you really care about. This will put more emphasis on the stories themselves and hopefully provide a more robust alternative to all the news app clones out there that basically do the same thing.

To give it a try, just visit news.google.com with your Nexus 7, Nexus 10, or iPad. More devices should be added depending on the public response for this new program.