You are here: Home / Tablet PC News / Google Play is coming to Chromebooks 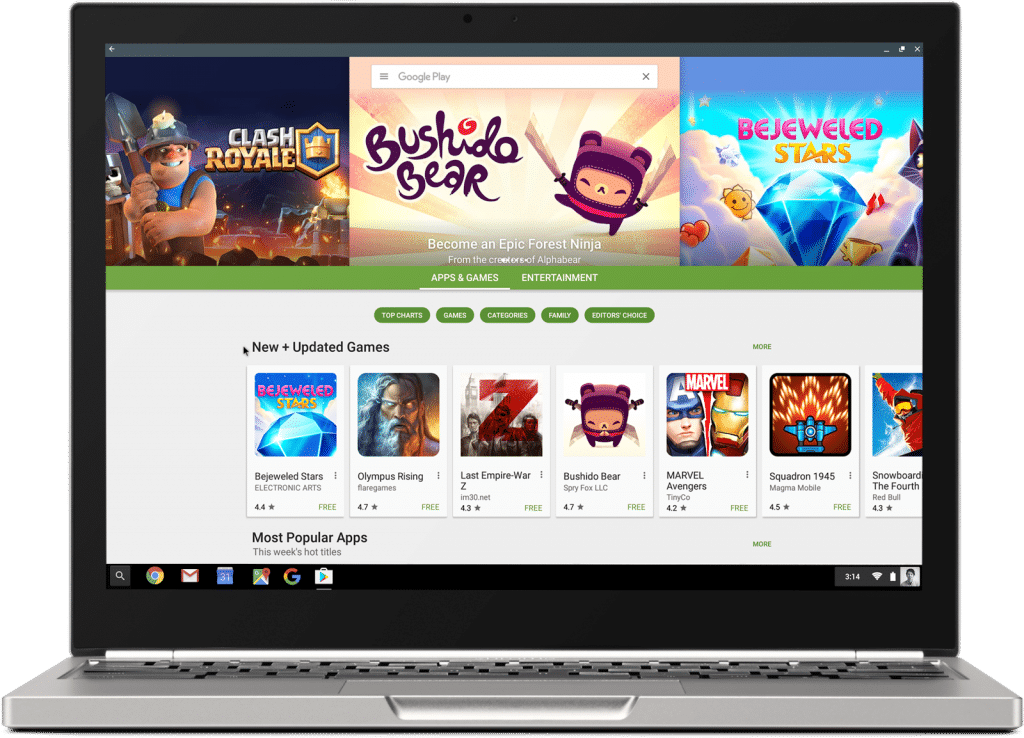 If you have a modern Chromebook you will soon be getting Google Play and the ability to install Android apps. Google has posted a comprehensive list of the first Chromebooks, Chromeboxes, and other Chrome OS computers that will support the the new initiative.

The best experience you will have with Chromebooks getting apps is if your particular model has a touchscreen. Otherwise, developers will have to edit their existing apps to make them work on a non-touchscreen device.

I think what I like about Google Play coming to Chromebooks is that you will be able to install all of your favorite e-reading apps such as Kindle, Kobo, Nook or Google Play Books. Of course, you are not limited to Google Play, but you can also install the Good e-Reader App Store.

Android notifications will be delivered through Chromebooks and you’ll be able to share files between Chrome windows and Android apps.

Google will be pushing out a new update in September, so if you have a Chromebook it will be worth the wait. If you are thinking about buying one, make sure you get a touchscreen model such as the Acer Chromebook R11, Asus Chromebook Flip, and 2015 Google Chromebook Pixel.