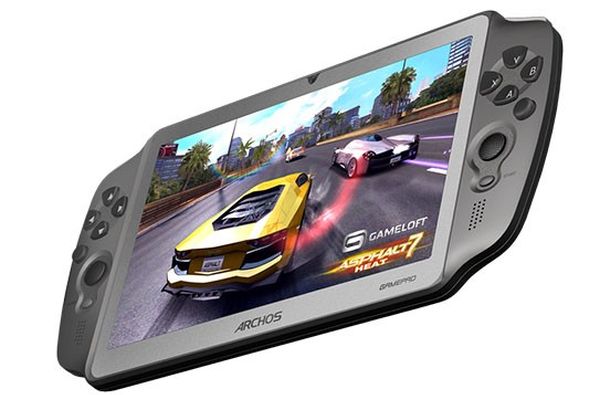 Here is some news for the gaming enthusiasts. Archos has treaded upon a whole new segment with its GamePad — a 7 inch tablet device built exclusively for gamers and comes complete with integrated gaming controls such as buttons, triggers, analog sticks and a d-pad. That is not all since Archos has stated the tablet includes ‘automatic game recognition and mapping tools’ which enables the tablet to be perfectly compatible with ‘every advanced Android game’.

“Thanks to the mapping and automatic game recognition systems included on the GamePad, we already have over a thousand Android games compatible with the ARCHOS GamePad’s physical controls, including back catalog titles that originally didn’t include physical controls,” company founder and CEO Henri Crohas said.

The rest of the spec story speak of a 1.5 GHz dual-core processor (of unspecified make) with a Mali 400 quad-core GPU. The 7 inch capacitive display acts as the primary interface with a resolution likely to be at 1280 x 800 pixels. The tablet runs Android Ice Cream Sandwich with full access to Google Play Store that is already home to hundreds of games to make the best of the GamePad. Internal memory stands at 8 GB though there also is a microSD card slot that max at 64 GB to allow for more storage. Plus there also is a mini-HDMI slot as well.

Archos is not being specific with the price and availability aspects, and the nearest the French manufacturer has stated is that it will reach European markets by late October for less than €150. The last bit could be the killer here as a tablet dedicated to gaming at that price will surely turn a lot of heads. The GamePad is only the third tablet — Ouya and WikiPad being the other two — in this genre but seems to be the quickest to make it to the market and at the cheapest price so far.

“Until now, tablets provided gamers with touch controls that lacked response and compatibility, providing a disappointing gaming experience. As one of the main tablet uses, there is a strong need for a tablet that does more for gaming,” an Archos statement revealed.

Also, the strategy for the France based Archos is clear. It is not after iPad but is branching out to newer segments to rake in volumes. A gaming tablet this cheap might well turn out to be the trump card in the company’s tablet lineup. To top its gaming abilities, there is also no stopping anybody from using the GamePad for other usual activities such as e-book reading, watching video, listening to music or surfing the web.