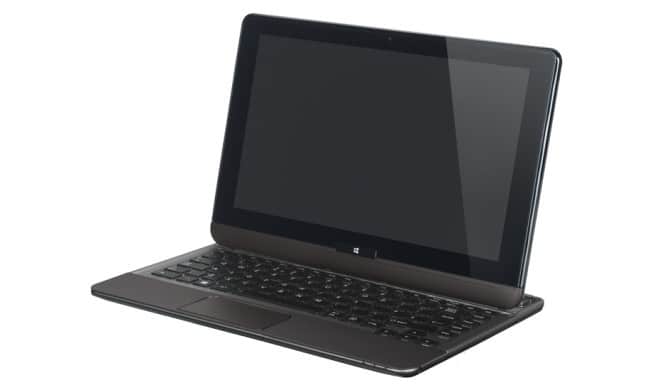 Toshiba is showing off a convertible tablet running Windows 8 at the ongoing IFA event in Berlin. Called Satellite U920t, the tablet offers a 12.5 inch display with a resolution of 1366 x 768 pixels. The keyboard remains hidden underneath the display when not in use, but can be pulled out easily using a slide out mechanism when needed. The display (when locked in an upright position) transforms the device into a netbook or an ultrabook whichever way you look at it. Also, the keys are well laid out and backlit to further aid in typing.

As for behind the screen, the Satellite U920t contains an Intel core i3 or i5 processor along with a 4 GB RAM and 128 GB SSD storage. The tablet is expected to ship around the same time Windows 8 is officially released, though at a price which is likely to be slightly more than $1000.