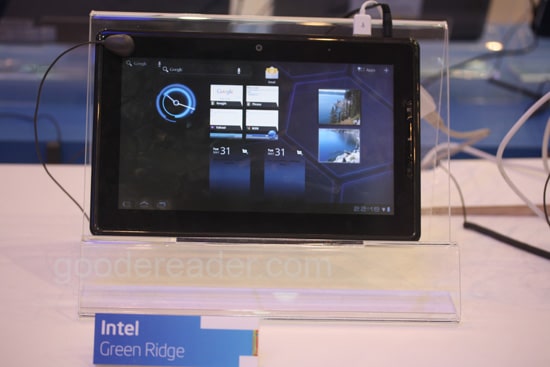 During Computex 2011 in Taipei, Taiwan we have seen many tablets and of course the Intel booth was absolutely brimming with them. The main operating system that seemed to be taking center stage was Meego, which is a joint venture between Intel and Nokia. It was originally developed because Microsoft did not offer Windows support for the Atom processor. The other operating system we saw running on the Intel architecture was Android. We also saw devices running Green Ridge, Pinetrail, and Oaktrail.

We’re sharing many of the tablets we saw in the video below, which illustrates the different companies jumping on the Meego bandwagon. One of them was Berlin based Neofonie with the Wepad.