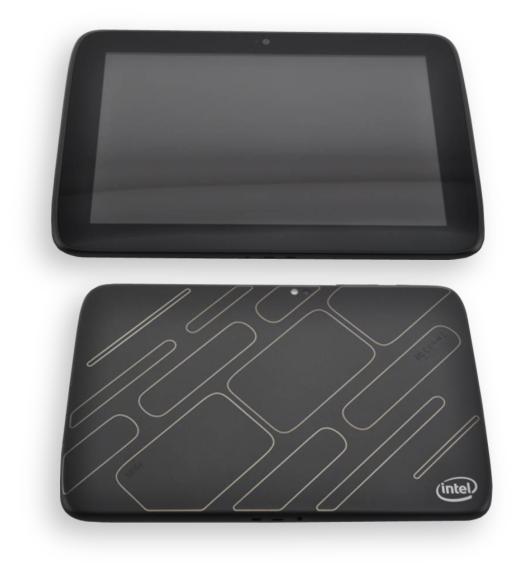 That Intel wishes to have its footprints engraved in the mobile computing segment as well is all too well known though we got to wait till CES 2012 to have a clearer idea of what is in store for us. For its there that we are getting to see first hand and for the first time devices built around Intel’s new Medfield chip. The 32nm chip is the first true blue SoC (System on a Chip) from Intel and has been the work of the newly formed division within Intel named ‘Mobile and Communications’ that is dedicated entirely for the development of chips to be used in mobile computing devices.

However, while we still are some time away from having a go at devices powered by the new Medfield chip, here are some benchmark figures that can give us an inkling of what’s been going on inside Intel.

As VR Zone has found out, Medfield scored 10,500 in the Caffeinemark 3 Java benchmark, which isn’t bad when compare to similar figures for dual core Qualcomm Snapdragon, Tegra, and Samsung Exynos 2 that returned figures of around 8,000, 7500 and 8500 respectively. What makes the Medfield score further less impressive is that its real battle will be with the likes of Tegra 3 (and not Tegra 2) and Qualcomm’s next generation of processors. It will be interesting to note that the Samsung Exynos chip is the only processor among those mentioned above to be manufactured in 32nm process similar to the Medfield.

However, another aspect, and a crucial one at that, that can make the Medfield go pale against its competitors is its power consumption figures. Like the reference tablet Red Ridge is consuming 2.6W when idle (target – 2W). This goes up to 3.6W when watching 720p video against a target of 2.6W. In contrast, the Tegra 3 chip can make do with just 2W even in full load.

The benchmark tests were performed using devices running Android Honeycomb though the target device when launched would be sporting the Android ICS version.