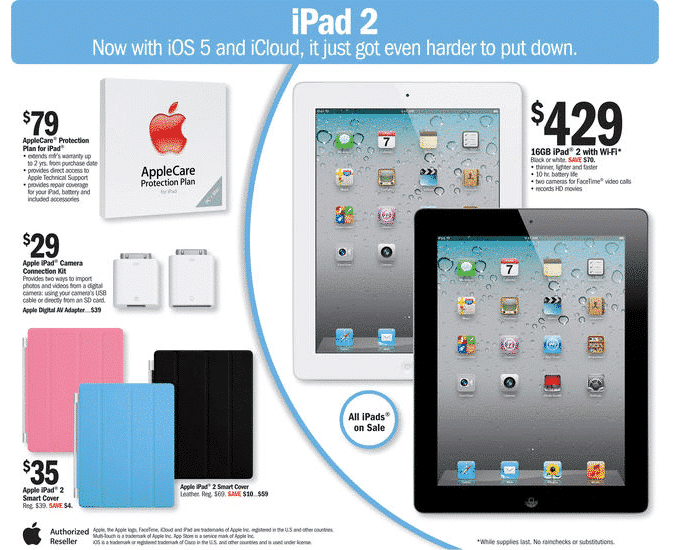 The iPad is going in for a fresh look, evident from quite a few indicators to the effect. One of the prominent hints is the significant discount that Meijer, one of the leading regional retailers in the US, is offering at its store. The Wi-Fi only 16 GB version of the Apple tablet is now being sold for $429, down $70 from the original price. Apart from the iPad 2 tablet itself, the Smart Cover iPad 2 accessory will be cheaper by $5 from the regular Apple price of $40.

One of the possible reasons for offering such a steep discount is to clear existing stock of the iPad 2, though offering discounts has always been the most preferred method of increasing purchases at stores. As for the iPad 3, it is expected in March as per speculations that are growing stronger with each passing day.