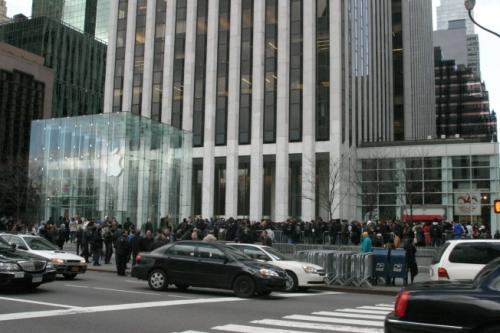 For the first time in the history of the iPad, shipping times has dropped to less than 24 hours for the Apple tablet. Ever since the original iPad was launched, sales figures counted in millions has been as much in the news as constant delays that used to be counted in weeks or even months. But not anymore as the constant and tireless efforts on part of Apple, and not to mention of the workers at manufacturing sites located in China and Taiwan who put in tireless hours to bring to life the world’s favorite tablet PC has started to bear fruits after all.

iPad shipping times has been at it highest when the 2nd generation of the Apple tablet was released. Shipping times then was at 5 weeks in March and serpentine queues in front of Apple stores has been more the norm than an exception. The scenario used to be equally grim with almost all iPad retailers such as Best Buy and Target though all of them now have ready stocks of the iPad available. Also, with Foxconn planning to ship no less than 15 million iPads during the fall quarter, the situation is always going to improve if not anything else.

However, another reason why some believe the iPad 2 is now more readily available is the new iPad 3 that is also slated for a release sometime during fall. So some may have held on to their plans to purchase the iPad 2 leading to better availability of the current gen iPad. But then again, if adequate plans are not in place, we may well be witness to the usual spell of delays and long queues outside Apple stores. Let’s just hope the new iPad 3 also has a shipping time of less than 24 hours and that remains the same for all future iPads as well.