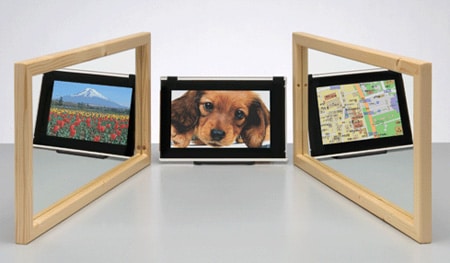 Apple might be sourcing their LCD displays for the next gen iPad from Sharp, sources revealed. The LCD displays might be manufactured at Sharp’s Kameyama No. 2 plant situated in Japan. The bidding for the contract was won by Sharp, who has been supplying display panels to Apple for their iPhone’s.

Apple is also in the process of increasing their component supply chain for iPhones and iPads. For this reason, they have plans to invest $1 billion into facilities owned by Sharp, though this figure has yet to be confirmed. The other major display panel suppliers for Apple has been LG and Samsung. LG displays have faced some issues, which created a reduction in availability to Apple.

Clearly, by roping in Sharp to meet their requirement for display panels, Apple is seeking to reduce dependency on just LG and Samsung. Especially since Apple has been having legal problems over patent rights with Samsung in some key world markets. Interestingly, Samsung is not only Apple’s biggest competitor in the tablet space but also their biggest supplier of several key components, such as display panels used in the making of the iPad. Sharp’s Osaka based facility manufactures LCD screens that go into the making of tablet devices as well as smartphones.