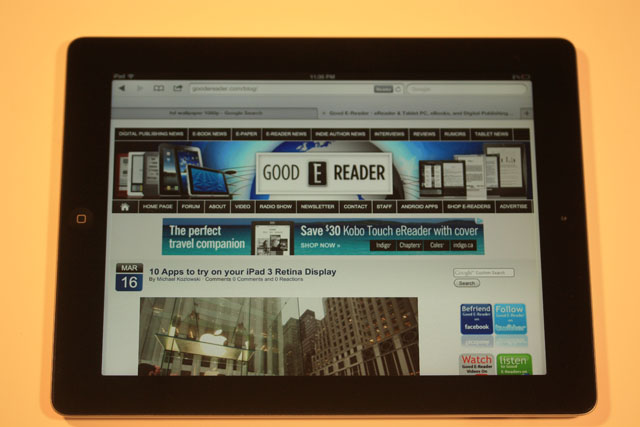 Since the New iPad came out a few weeks ago there has been tons of interest in the latest Apple tablet. The retina display and LTE seem to be the main selling points and already many comic book and magazine companies have issued updates giving you tremendous resolution. It is not without controversy as many people claim this new device gets really hot, really fast. The question we asked is if you had any interest in picking up the new device and here are the answers

Apple? No thanks! – 68%  of all responsents expressed zero interest in picking up this new gadget and sticking with their e-reader.

Thinking About it – 15% – a few people at least were thinking about picking one up.

I got one! – 12% – Fewer people then I thought already purchased one.

Leaning Towards Yes – 4% – A feeble amount of people have at least a bit of interest.